Toddlers, am I right? I am not wrong.

Tots TV was essential viewing for any 90s kid. They were three harmless dolls that went about ridiculous adventures and invited you to join them along the way. It all felt very innocent and fun, except for the tiny fact that it absolutely wasn't.

It turns out that Tots TV was actually a very dangerous programme for us to be watching at such an impressionable age. Honestly, it's a miracle that any of us have made it to this point in our lives after being subjected to such lunacy as Tots TV.

Take a seat, I'm about to ruin the innocence of your childhood.

1. You can own a house when you are toddler and live there alone with your toddler friends

Tilly, Tom and Tiny had a substantial house in the countryside with a stunning thatched roof. They were the sole occupants of that house, which had neither a sniff nor a trace of any legal guardian present.

Insanity aside, how did they pay for the house? Were they renting? Was it an inheritance? Not once did the show even so much as touch on the financial implications of owning a house.

The three of them were unemployed, with little to no skill set between them, yet they were living it up in a luxurious cottage together. Boy did I get a surprise when I grew up and learned that the generations before me had destroyed the housing market beyond repair and I have precisely zero chance of ever owning my own property.

2. The correct way to walk is with both feet off the ground at the same time, apparently 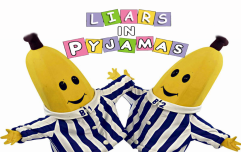 6 ways Bananas In Pyjamas lied to us about adult life

END_OF_DOCUMENT_TOKEN_TO_BE_REPLACED

On the rare occasion that we actually got to see Tilly, Tom and Tiny's legs (usually just in the opening credits), it would become apparent that they walked strangely. Rather than our young and impressionable minds connecting the blatant clues that they were puppets, the most logical conclusion to draw was that they were all afflicted with the same weird jumpy walk.

That's probably what bonded them in the first place, we thought to ourselves as we tried to mimic their bizarre hops through town, as our parents shouted as us for "holding everyone up".

Walk normal, you weird doll creatures. You're poisoning the minds of our impressionable youth!

3. Being a peeping Tom is a perfectly normal way to pass the time 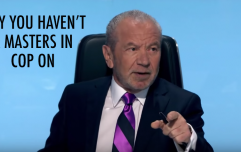 END_OF_DOCUMENT_TOKEN_TO_BE_REPLACED

When they were out and about in the real world, the three puppets would regularly observe other people's behaviour. They'd always perch themselves behind some sort of obstacle to stay out of sight, while intently absorbing the actions of others.

It was weird and they were creeps, but the show made it seem ok. In reality, if you took it upon yourself to hide in the back of Daddy's car as he drove to work, you'd end up learning that he had a secret McDonald's addiction, fondness for hard rock music and another family that he went to see during the day. Banter!

4. You can have a donkey for a pet if you want to, no problem

These three puppet children who had an entire house to themselves also had a pet donkey because of course they did.

That poor bastard spent his days alone in some sort of makeshift shed, waiting until the precious Tots had a spare five minutes in their day to spend annoying him.

There was a strong element of sadness to his demeanour at times, but these selfish creatures were oblivious to his needs, as they spent the majority of their time thinking about themselves. They only visited the donkey to jeer at him.

This was probably some clever strategy to encourage children with glasses to actually wear them, but it honestly did more harm than good.

Countless impressionable viewers had it engrained into their minds that it's possible for inanimate objects to have bad eyesight. Someone probably took their toaster to an opticians and wasted the poor optician's time. "Apologies madam, but I saw on Tots TV that puppets can wear glasses, so I've brought this bicycle saddle for a checkup".

6. Hair comes in a variety of colours and textures

Aside from the fact that the French girl is pale, ginger and blatantly Irish, Tots TV misled the youth of the 90s into thinking that hair could naturally be red, green or blue.

This is why nobody can commit themselves to one singular hair colour these days. We were lied to, time and time again. I've spent thousands trying to copy their short dreadlock type of hair only to bankrupt both myself and my family, along with ruining my roots.

It was and continues to be an epidemic.

7. Girls should carry a recorder at all times

Tilly permanently had a recorder around her neck at all times, presumably in case a trad session was to break out unannounced. That plastic bit of musical wonderment never left her sight and it was brought out at every available opportunity.

They should've put a purse or a tampon around her neck, that would've been a useful lesson for girls. In adult life, carrying a recorder at all times rarely pays off.

I'm happy to update this piece if and when my recorder carrying becomes an advantage, but until such time that it does, I must condemn it for now.

popular
A documentary about two Irish boys who skipped school to go to New York is coming soon
Ben Foden explains why he called Rachel Stevens "sexiest woman alive"
And Just Like That... episode 8: Nobody saw this one coming
People are only realising Kendall Jenner and Gigi Hadid are related and the reactions are gas
Here are all the Instagram accounts of the stars of Netflix's Cheer
Apparently, this is the reason behind Chris Martin and Dakota Johnson's split
Someone has ranked the penis size of men from all over the world
You may also like
1 day ago
Netflix shares more pictures from Bridgerton season 2
2 days ago
The third and final season of Happy Valley is in the works
6 days ago
Here is everything we know about the Desperate Housewives reboot
1 week ago
Cheer season 2 further highlights the vulnerability of its young stars
1 week ago
Desperate Housewives could be coming back - but what could we expect from a reboot?
3 weeks ago
10 of the best on-screen fashion moments from 2021
Next Page