Weighed myself this morning and the scales actually broke. Granted they were only made out of rocks and planks but I'm still mortified!

It's so humid outside. Obviously, I'm trying to keep myself looking well for Joseph throughout the (immaculate) pregnancy, but my hair just has a mind of its own today. Can't wait until hair straighteners are invented!

I saw the weirdest thing in the window of the corner shop earlier. All the Christmas decorations were up and it was really tastefully done (by the way, what's Christmas?), but there was a weird nativity scene set-up. I swear the woman in it looked just like me and the man was the spit of Joseph! So funny, I put it on Instagram, got the obligatory 17 likes and one of the girls agreed. Madness! 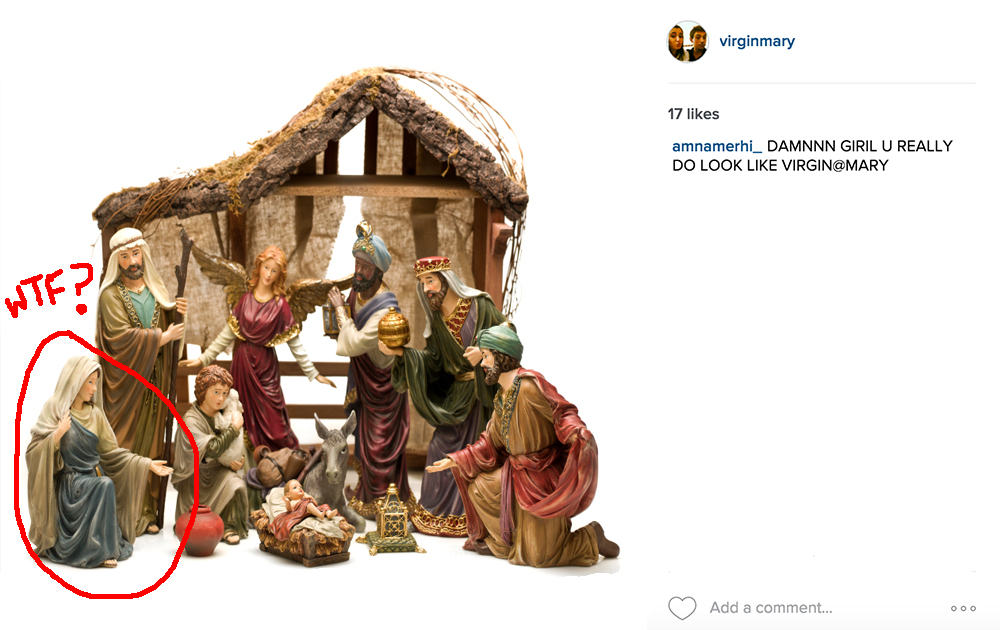 Sinéad next door told me the girls from the hairdressers are starting to gossip. Apparently Sharon, the receptionist, said an immaculate conception was impossible. Sharon is a two-faced little bitch. Just because she and Bartholomew are at it like rabbits (God forgive me), she can't comprehend mine and Joseph's choice to wait until after marriage. She's been telling everyone that I 'went elsewhere' and I'm lying about being impregnated by a magic Man in the sky that nobody has ever seen. Ugh.

I never liked Sharon. She always gives me crap appointments at the hairdressers, her roots are shocking and she wears too much Tommy Girl. She's the gossip of Nazareth and I'm sick of it.

ANYWAY, Joseph and I went to Nando's last night. He invited God to try and smooth things over, but he had a 21st so he couldn't make it (thank God!). I went all out, eating for two after all. Joe couldn't believe how much spice I put on my chicken, to be fair I went a bit heavy on it - Let's just say the camel ride home wasn't the most pleasant! 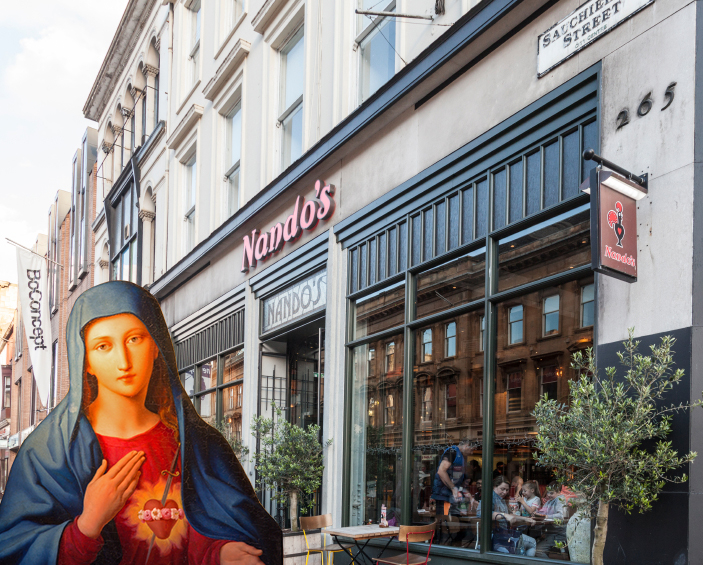 The baby is due in 8 days and I'm worried sick. Just trying to relax and stay calm at the moment, been trying to pick a few potential names for the baby, Jesus it's tough though. As long as the birthing plan of the paddling pool in the back garden works out, please God, I'll be happy.

popular
10 Dublin restaurants with outdoor areas we'll be hitting up for the next 3 weeks
WATCH: Simone Biles just did a triple backflip, a move not even recognised in women's gymnastics
Mars to change name of Uncle Ben’s rice to Ben’s Original
The Christmas movies TV channel is launching this week
Here's what happens on every day of your menstrual cycle (roughly)
New documentary sheds light on hidden sexual violence of the Irish revolution
Tried and tested: 3 sheet masks that seriously impressed me
You may also like
4 months ago
Lisa McGee's Tweets about the Derry Girls' favourite movies are pretty much perfect
7 months ago
Hugh Grant truly is Daniel Cleaver after last night's Bridget Jones joke at the BAFTAs
8 months ago
8 things that happen in EVERY Irish household on Christmas Day
9 months ago
WATCH: We tried eggnog for the first time and have some very important thoughts
9 months ago
Remember the Toy Show's JohnJoe Brennan? He's going to be on RTÉ One tomorrow night
9 months ago
WATCH: Kim Kardashian just proved she's the chocolate connoisseur of our generation
Next Page