Woman's bizarre reason why she was uninvited from her mate's wedding

Look, there are plenty of things that'll get you dumped from your mate's wedding.

Sleeping with the groom is one. Kicking up a fuss about your dress is another. And apparently having a severe allergy to lavendar is another.

END_OF_DOCUMENT_TOKEN_TO_BE_REPLACED

Well, it was for one woman who was unceremoniously dropped from her friend's wedding because they just had to have bouquets filled with the stuff.

'Erika with a K' took to Twitter to explain that she was uninvited from the wedding for the bizarre reason, saying "They wanted the flowers more than me."

Once got uninvited to a wedding because the couple had picked lavender for the flowers and I informed the couple I was incredibly allergic to lavender.

They wanted the flowers more than me.

The disinvite was framed as them “looking out for my health.” 😒 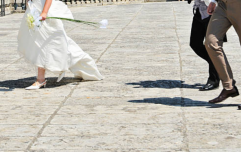 Man's mistress turns up to his wedding dressed as the bride... and it ALL went down

END_OF_DOCUMENT_TOKEN_TO_BE_REPLACED

Erika also added that she "was" a close friend of the groom too, but it didn't seem to matter that she physically wouldn't be able to attend the wedding due to her allergies. 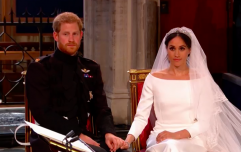 END_OF_DOCUMENT_TOKEN_TO_BE_REPLACED

In a Twitter thread that has since gone viral, Erika began the short-lived trend of women sharing the many, many reasons why they too had been dumped from weddings and even bridal parties.

However, not everybody was full of sympathy for Erika and some people suggested that they would have done the same thing if she had been attending their wedding.

One even said that she should've just taken some allergy meds and gotten over it.

popular
James Arthur says his relationship with this celeb made him a sex addict
Wagatha Christie: Rebekah Vardy storms out of court just 30 minutes into final day
Fashion house Dolce & Gabbana is 'sponsoring' Kourtney and Travis' Italian wedding
Rebel Wilson claims male co-star sexually harrassed her
Why Are Men so Obsessed With Boobs? The Answer is Pretty Surprising...
Did You Know This Is Blake Lively’s Real Name?
Here's what happens on every day of your menstrual cycle (roughly)
You may also like
6 days ago
Kourtney Kardashian and Travis Barker have officially gotten married
1 week ago
Bride and groom praised for interesting way they decided on surname
1 week ago
Roz Purcell shares rare pics with boyfriend Zach at wedding
3 weeks ago
Stacey Solomon in tears as she picks out dream wedding dress
1 month ago
8 stunning bridal headpieces for your big day
1 month ago
Bride-to-be sparks outrage over 'no plus ones' rule
Next Page