Stuck for ideas to keep you entertained tonight and Saturday? Well we have your weekend plans sorted with this cracker of a music festival!

Everyone loves a good gig and this weekend some of Ireland’s freshest musicians will be performing live in five brilliant Dublin venues.

Yes, Hard Working Class Heroes is the innovative music festival that gives you the opportunity to see some of your favourite Irish artists and also discover great new music.

END_OF_DOCUMENT_TOKEN_TO_BE_REPLACED

And if you’re working in the music industry, HWCH affords you the chance to network with labels, agents, radio folk and journalists and attend panels which discuss key topics relating to the industry.

The stellar line up for this year’s festival includes acts such as Bad Bones, Tiz McNamara, LAOISE and Cork-born musician and producer, Cian Sweeney, whose project 1000 Beasts is rapidly growing in popularity.

END_OF_DOCUMENT_TOKEN_TO_BE_REPLACED

1000 Beasts is a collaborative project that combines Sweeney’s ingenious synth-pop tracks with vocals from a variety of different artists such as X Factor’s Ryan O’Shaughnessy and Janet Grogan. Each track features vocals from a new ‘beast’, hence the clever title. 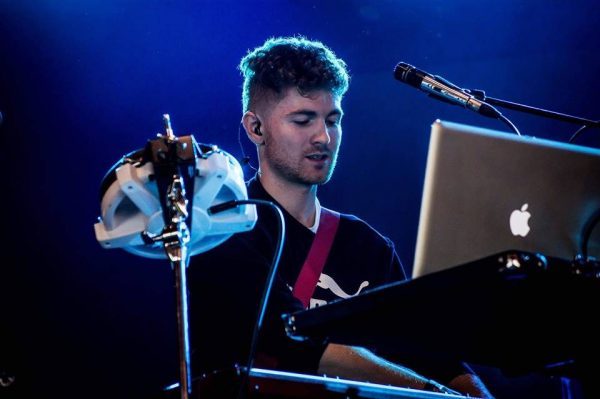 Most recently the project’s latest tack, ‘Every Line and Curve’, has garnered serious traction, in part due to its impactful video.

Sweeney, who describes the sound of 1000 Beasts as ‘Calvin Harris-meets-Alt J’, has been lauded by the likes of Nialler9, performed live on RTÉ 2fm and has even had one of his tracks, ‘Lord (It’s Ok)’ played on Made In Chelsea, the latter of which he attributes to the HWCH festival.

Speaking exclusively to Her, Cian says that HWCH is 'such a great opportunity for young Irish acts to make their mark on an international stage' and says,

'I was lucky enough to be invited to last year's festival and that resulted in my music featuring on Made In Chelsea as well as receiving great playlisting on Spotify's New Music Friday.'

'Plus there's just countless deadly Irish acts playing across five venues in Dublin all weekend for the public. It's a win win.'

popular
Tom Parker's wife suffers more heartbreak just nine months after husband's death
Fans are feeling seriously sorry for Molly Mae Hague after resurfaced interview
Father took daughter to hospital three times before she died of Strep A
Maura Higgins claims she was left by designer who went to style someone else at an award show
He may be a politician, but Leo Varadkar's personal life is none of our business
Woman dies in Mexico after couple "cut" unborn baby from her womb and claim it's theirs
Here are our top picks from this week's Lidl Toy Event
You may also like
1 week ago
Olly Murs slammed over 'misogynistic' lyrics in 'shocking' new single
1 month ago
Cher confirms she's in a relationship with 36-year-old music producer
1 month ago
Rihanna admitted that her new song is in honour of Chadwick Boseman
3 months ago
Michael Bublé considering "quitting" music to focus on family
3 months ago
You can now do a module all about Taylor Swift's music at a Texas university
3 months ago
Too Hot To Handle's Nicole O'Brien: "I only went on it because I wanted to do music"
Next Page