The singer announced that he was leaving the competition last night.

Caleb Kennedy, a finalist on American Idol, has left the competition after a video emerged of him sitting next to a friend wearing what appears to be a Ku Klux Klan hood.

The video was circulated online, before Caleb commented on it and announced his departure from the competition. 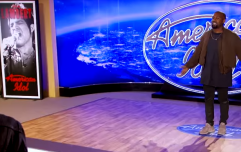 END_OF_DOCUMENT_TOKEN_TO_BE_REPLACED

He tweeted yesterday: "Hey y'all, this is gonna be a bit of a surprise, but I am no longer gonna be on American Idol.

"There was a video that surfaced on the internet and it displayed actions that were not meant to be taken in that way. I was younger and did not think about the actions, but that’s not an excuse. I wanna say sorry to all my fans and everyone who I have let down."

He continued: "I'll be taking a little time off social media to better myself, but saying that, I know this has hurt and disappointed a lot of people and made people lose respect for me.

An update from me, about American Idol. pic.twitter.com/uuHc2sSiM4

"I’m so sorry! I pray that I can one day regain your trust in who I am and have your respect! Thank you for supporting me."

Caleb's mother, Anita Guy, has said that the video was not racist, but rather that Caleb and his friend were imitating characters from a film. 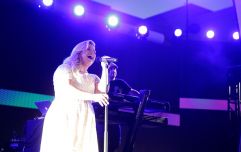 LOOK Who Has Confirmed A Date at Dublin's 3Arena

END_OF_DOCUMENT_TOKEN_TO_BE_REPLACED

She told the Herald Journal: "I hate this has happened and how Caleb is being portrayed by people online. This video was taken after Caleb had watched the movie The Strangers: Prey at Night, and they were imitating those characters. It had nothing to do with the Ku Klux Klan, but I know that's how it looks.

She continued: "Caleb doesn’t have a racist bone in his body. He loves everyone and has friends of all races."

American Idol have yet to comment officially on Caleb's departure.

popular
The Style Fairy's T-shirt edit is so worthy of your ideal autumn capsule wardrobe
Terrie McEvoy responds to trolls who commented on her pregnancy weight
The reason why Strictly Come Dancing's Pasha Kovalev left the show is actually really sad
Joe Sugg and Dianne Buswell have finally opened up about THOSE engagement rumours
Here's the average age people lose their virginity around the world
Police release bodycam footage of missing YouTuber Gabby Petito
The 'secret' Zara label signs that'll apparently help you get the right size every time
You may also like
7 months ago
Kelly Clarkson says "people were really mean" to her after she won American Idol
3 years ago
Katy Perry robbed this guy of his first kiss and understandably he's not happy
4 years ago
It's official: Katy Perry will be a judge on the American Idol reboot
4 years ago
American Idol contestant sentenced to 70 years in prison for possession of child porn
6 years ago
"How Happy I Am!" - American Idol Winner Ties the Knot
6 years ago
American Idol Has Officially Been Cancelled.
Next Page