Rumour has it the Backstreet Boys and Spice Girls could be doing a joint tour in the not too distant future. (We know, it’s the best news we have EVER heard.)

According to The Sun the two bands, who dominated the music charts back in the 90s, are in talks to do a world tour together. 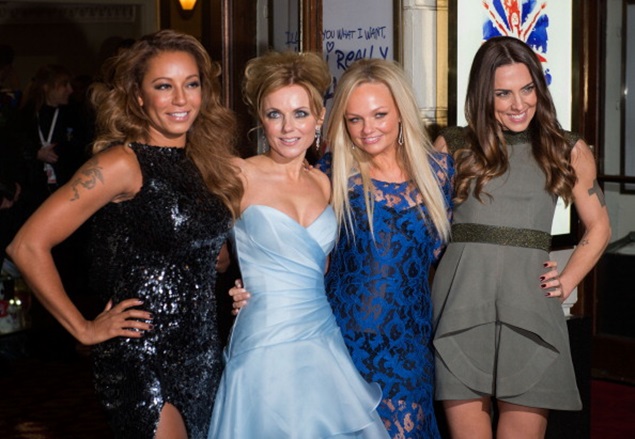 If it is agreed, it will just be the four girls as Victoria said she wouldn't do another tour.

END_OF_DOCUMENT_TOKEN_TO_BE_REPLACED

Brian allegedly told the newspaper: “We are actually in early talks about maybe doing a world tour together with the Spice Girls.”

In our fangirl heads we heard: “We have signed a deal to do a world tour, including a week of dates in Ireland, with the Spice Girls.” (For the record, Brian did not say that, we made it up.)

While it is very much up in the air and might not happen, we’re still very excited. In fact, we've been doing this for the last half hour...

popular
Heavy rain and unsettled conditions forecast for Bank Holiday weekend
Maria von Trapp's daughter has died aged 90
Human remains found positively identified as Brian Laundrie
At least seven bodies have been found in search for Brian Laundrie
Tesco is refunding 27,000 customers after overcharging them
Three month sentence of Garda for domestic violence is "appalling" says Women's Council
This is how much 91-year-old Queen Elizabeth drinks every day
You may also like
1 week ago
Nicki Minaj defends Jesy Nelson amid blackfishing claims
1 week ago
Westlife share teaser of new music coming soon
2 weeks ago
Billie Eilish is set to become the youngest artist ever to headline Glastonbury
2 weeks ago
Emily Ratajkowski accuses Robin Thicke of sexual assault on set of Blurred Lines
3 weeks ago
Shakira "stood up" to wild boars who attacked her and stole her bag in Barcelona
1 month ago
Baby on Nirvana’s Nevermind album cover sues over child exploitation
Next Page