There's a bit of bad news for Ed Sheeran fans this morning as the singer-songwriter announces that he isn't going to be releasing his fourth album, most likely titled 'Minus', until at least 2020.

Sheeran is currently in the middle of a world tour off the back of his last album, 'Divide' - a record which divided critics' opinions due to its keen focus on first dance-fodder and weak club bangers.

END_OF_DOCUMENT_TOKEN_TO_BE_REPLACED

Speaking to Jo Wiley on BBC Radio 2, Ed said that he'll be dropping a few bits here and there, but they won't be full albums.

END_OF_DOCUMENT_TOKEN_TO_BE_REPLACED

“After this, September is the end of tour next year, then I’m going to do another blackout and go away for a year. It worked last time for both me and the public, I think it’s good to have a little break. 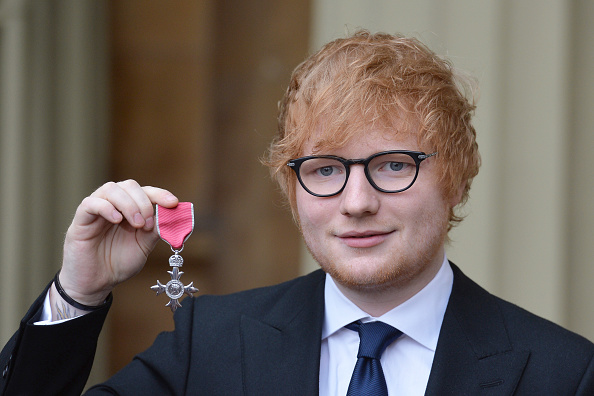 This comes after it was confirmed that Ed had worked with Westlife on the new tracks for their comeback tour.

Nicky, Kian, Shane, and Mark said that fans were going to be "taken aback" by the new music.

"The nostalgia is brilliant but this is about coming back and making a statement (...) It’s about becoming a band again.

"We can never be a tribute to our former selves."

popular
Irish girls name was the most used Irish name in the United States last year
Love Island’s Afia explains why Gemma’s dad has not been mentioned on show
Why Are Men so Obsessed With Boobs? The Answer is Pretty Surprising...
Buying fake designer goods abroad this summer can have some serious consequences
Love Island fans are in shock after new boy Charlie revealed his age
Love Island fans are scratching their heads after finding Tasha's maternity photoshoot
Two dumped islanders have confessed their feelings for each other since leaving the villa
You may also like
1 day ago
Lizzo pledges $1 million for Planned Parenthood and abortion funds
1 week ago
UK lined up to host Eurovision 2023 after organisers rule out Ukraine show
1 week ago
Sinéad O'Connor cancels all live dates for 2022 due to "continuing grief"
1 week ago
Joker 2: Lady Gaga reportedly in talks to play Harley Quinn in sequel
3 weeks ago
Mariah Carey sued for $20m over All I Want For Christmas Is You
3 weeks ago
Johnny Depp performs in Sheffield as he awaits verdict in defamation case
Next Page