Cheque Up On It: Turns Out The Best Thing For Solange's Career Was A Bust Up With Jay Z

Although Solange Knowles may have left a little bit of her dignity in that lift during the Met Gala debacle with brother-in-law Jay Z, it turns out all was not lost for the singer as her record sales soar.

In the aftermath of what will undoubtedly be one of the biggest celebrity stories of the year folk flocked to find out just as much about Beyoncé's younger sister as they could, and where better to start than with Solange's music.

According to Nielsen SoundScan data for the week ending May 18th, the 'Sandcastle Disco' singer's digital sales were at 2,000 downloads, up from 600 the previous week.

END_OF_DOCUMENT_TOKEN_TO_BE_REPLACED

Record sales have increased by a phenomenal 233 per cent despite the recent controversy. 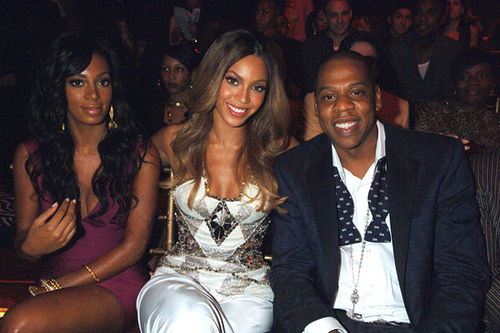 Solange, who released her EP 'True' back in 2012, has remained away from media spotlight since celebrity gossip website, TMZ obtained footage showing the Mum-of-one lashing out at Beyoncé's husband Jay Z in an elevator at The Standard Hotel, New York.

So it is true what they say, there really is no such thing as bad publicity.

popular
WATCH: Parents see person walk past daughter's crib in creepy baby monitor footage
Heavy rain and unsettled conditions forecast for Bank Holiday weekend
Young woman suffers serious eye injury after being struck with a firework in Eyre Square
Maria von Trapp's daughter has died aged 90
At least seven bodies have been found in search for Brian Laundrie
Human remains found positively identified as Brian Laundrie
Weather warning issued for 2 counties ahead of "heavy rain" this weekend
You may also like
1 week ago
Nicki Minaj defends Jesy Nelson amid blackfishing claims
1 week ago
Westlife share teaser of new music coming soon
2 weeks ago
Billie Eilish is set to become the youngest artist ever to headline Glastonbury
2 weeks ago
Emily Ratajkowski accuses Robin Thicke of sexual assault on set of Blurred Lines
3 weeks ago
Shakira "stood up" to wild boars who attacked her and stole her bag in Barcelona
1 month ago
Baby on Nirvana’s Nevermind album cover sues over child exploitation
Next Page