Kevin Hart is planing the "biggest comedy tour in history" - and Ireland is on his list of stops.

The actor and comedian Kevin Hart today announced the WHAT NOW? TOUR, a massive International World tour on the heels of his hugely successful domestic tour of the same name. The tour is set to kick off in the UK on January 20th of 2016.

In 2015 Kevin starred in Screen Gem’s, The Wedding Ringer, which took in over $80 million internationally, and in March 2015, starred opposite Will Farrell in Warner Bros. Pictures' Get Hard. In 2016, Kevin will star in Ride Along 2, the sequel to last year’s $150 million blockbuster. 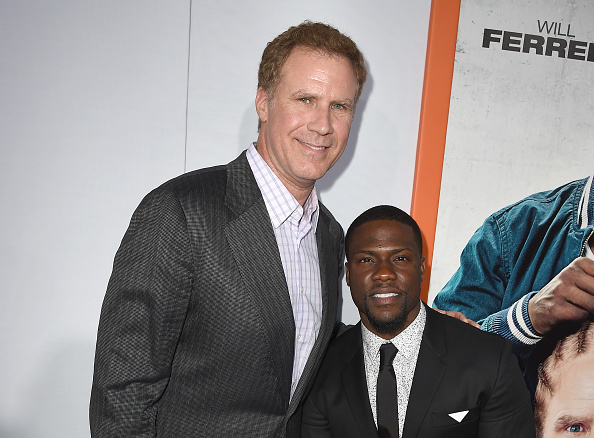 With nearly 20 million Facebook followers and over 21 million on both Instagram and Twitter, from all over the world, the WHAT NOW? TOUR will give his fans an opportunity to see him live, including first-time stops in Australia, Belgium, Germany, Ireland and South Africa.

Kevin’s 2012 comedy tour, Let Me Explain, took him across Europe including a sold out performance at London’s O2 Arena. In addition to sold-out tours, Kevin's DVD, Seriously…Funny went triple platinum.

Tickets for Kevin Hart WHAT NOW? TOUR at 3Arena go on sale on September 10th.

popular
QUIZ: How well do you remember 13 Going on 30?
Someone has ranked the penis size of men from all over the world
QUIZ: How well do you remember 17 Again?
Kate Middleton has addressed the rumours that she's pregnant with her fourth child
The entire Twilight Saga is coming to Netflix this month, and we're so ready
Here's how long sperm actually lasts for after sex
QUIZ: How well do you remember The Lizzie McGuire Movie?
You may also like
7 months ago
Waterford singer Moncrieff is making waves in London and even Elton John is listening
8 months ago
Dua Lipa announces two Dublin dates for summer 2020
11 months ago
Snow Patrol have just announced two MASSIVE Irish gigs
1 year ago
Vengaboys to headline incredible '80s and '90s night in Waterford in August
1 year ago
Raise your glasses for P!nk: the star sparkles at a sold-out RDS Arena
1 year ago
Lovers of the Light: Mumford and Sons brave the rain at Malahide Castle
Next Page