CONFIRMED: Take That Announce New Tour As A Trio

And then there were three...

Take That have announced that they will kick off a new European tour in April 2015 as a three piece.

Following the departure of Jason Orange and confirmation that Robbie Williams will not be appearing with the band, the remaining member Gary Barlow, Mark Owen and Howard Donald will perform a total of 24 concerts across eight arenas next year. 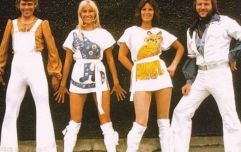 END_OF_DOCUMENT_TOKEN_TO_BE_REPLACED

"We've always been very proud of our live shows and are very excited to be touring again next year", a statement issued by the band said.

"Playing live is something we love the most about what we do and we're looking forward to putting on the most amazing show we can.

"It will have been four years since our last tour so we're really keen to get back out on the road to play some of our biggest songs from the last 20 years alongside our new ones. We hope to see you there".

Former X Factor star Ella Henderson will support the band on their tour.

Tickets will go on sale on Thursday, November 13th at 9am.

The band revealed the video for their first single as a trio These Days last week and is the first track taken from their brand new studio album aptly titled III, which will go on sale on December 1st.

Girls With Goals || Her · Ep.161: Feeling Peachy - Sharon Keegan of Peachylean on being an absolute BOSS!
popular
Aldi is selling a 2in1 grill and fire pit just in time for summer
Someone has ranked the penis size of men from all over the world
Naomi Campbell welcomes baby girl
Aldi is selling outdoor string rattan chairs for €30
Chris Watts in protective custody in prison over "danger" of other inmates
Cork school may need to close due to "serious" Covid outbreak
Pink just announced she was pregnant in gorgeous image
You may also like
2 weeks ago
Irish pop sensation Ódú returns with disco infused single, Men Like Me
1 month ago
Get WAP on repeat! Research reveals listening to Cardi B will make you rich
1 month ago
Why Kate Nash's promise to tackle sexual abuse in the music industry is so important
1 month ago
Justin Bieber receives cease and desist over album cover
2 months ago
Trevor Noah mocks the royal family during Grammy’s opening monologue
2 months ago
Cardi B and Megan Thee Stallion give first ever performance of WAP
Next Page