CONFIRMED: The First Headliners for Electric Picnic Are...

Today is a happy day - Electric Picnic 2015 has revealed its first acts.

Music lovers are already getting set for another visit to Stradbally Hall, Co. Laois on the 4th, 5th and 6th of September, where Florence + The Machine and Underworld are amongst the first music sensations announced to entice festival-goers.

The 36 acts announced so far are:

END_OF_DOCUMENT_TOKEN_TO_BE_REPLACED

It's a return to an old stomping ground for FLORENCE + THE MACHINE, who delivered a mind blowing performance at her very first Irish gig in a small tent at Electric Picnic ’08. 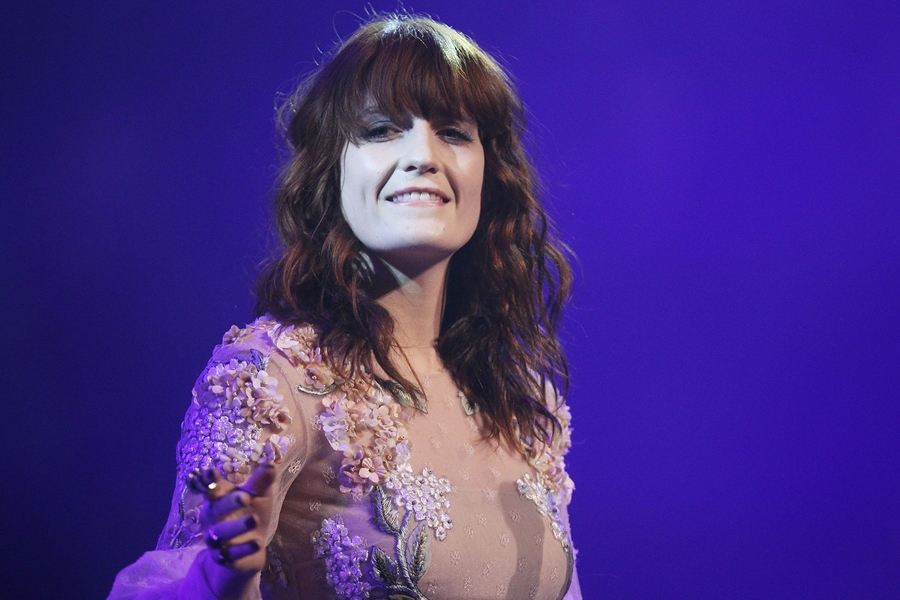 Born Slippy electronic duo UNDERWORLD will be helping revellers dance into the wee hours of the night performing epic tracks from the 20th anniversary of their album dubnobasswithmyheadman along with other landmark hits. Having last visited Stradbally in 2011 this is a welcome return for a band who garnered rave reviews for their EP performance and were regarded as one of the ‘must see’ acts that year.

Having first graced the Stradbally stage back in 2007, MANIC STREET PREACHERS released their 12th studio album in July 2014.

Seven years after her last solo album Overpowered, RÓISÍN MURPHY is back with a much-anticipated new album early this year. Her appearance at Electric Picnic will debut brand new tracks alongside her armory of dance floor hits.

HOT CHIP will be bringing their upcoming album Why Make Sense? to life in Stradbally this September. The five-piece British electronic band have had a great start to 2015 playing BBC 6 Music Festival so it’s onwards and upwards to their performance at Electric Picnic.

Her.ie favourite GEORGE EZRA is sure to attract the crowds at this year’s Picnic too, after a stellar 2014.

Of course, Picnic goers know it's not all about the music -  The THEATRE OF FOOD brings a gathering of starred chefs and food celebrities in wellies, presenting a series of demonstrations, quizzes, debates and manifestos along with a superb range of food. The Theatre of Food collective includes TV chefs Paul Flynn, Neven MaGuire, Clodagh McKenna, Darina Allen, Catherine Fulvio, Gary O’Hanlon and Martin Shanahan along with Michelin-Star chefs Ross Lewis, Derry Clarke, JP McMahon and Kevin Thornton. This year the collective will be joined by Masterchef winner Diana Dodog along with two sibling affairs; Dave and Steve Flynn from The Happy Pear and Domini and Peaches Kemp from ITSA.

The Comedy Tent, Trenchtown and Minefield are all back also. Roll on September...

Tickets are on sale now from www.ticketmaster.ie

popular
'Lockblocking' is the dating trend all single people are dealing with right now
WATCH: Paul Mescal and Daisy Edgar Jones's first Normal People audition is stunning
The shows and movies you need to watch before they leave Netflix next month
Greg O'Shea has revealed what he did with the money he won on Love Island
6 cosy buys from Irish brands that'll make staying home a little easier
Dublin TikTok house deny staging dance with couple having sex behind them
Here's what happens on every day of your menstrual cycle (roughly)
You may also like
1 week ago
WATCH: Hozier tips popular busker playing ‘Take Me To Church’ on Grafton Street
1 week ago
Megan Thee Stallion launches scholarship fund for women of colour around the world
2 weeks ago
Erica Cody: New release is "about getting out of a toxic relationship and knowing your worth"
3 weeks ago
Daniel O'Donnell announces his first live streamed concert
1 month ago
"My humour is a buffer zone between my emotions": CMAT chats loneliness, shit-posting, and getting a look in
1 month ago
Soda Blonde: "So much talent has been highlighted over lockdown, we need to start supporting our own"
Next Page