"I’ve loved every second of it."

The Coronas' Dave McPhillips has announced that he is leaving the band after 12 years.

The guitarist said that hectic schedules and touring had caused him to reconsider his place in the band, and that after December he is going to "take a step back." 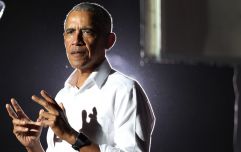 END_OF_DOCUMENT_TOKEN_TO_BE_REPLACED

He made the announcement this weekend on The Coronas' social media, saying that he was looking forward to pursuing "other ambitions."

"For the last 12 years I have had the privilege to travel the world and play music with my best friends and together make countless new friends along the way," he wrote.

"I’ve loved every second of it and won’t be able to put into words what it has meant to me and my family.

"However, such a long time living a touring schedule that has always been hard to predict, I have known in my heart for the last 6 months that I need to take a break and pursue other ambitions I have always had."

Dave, who had been a member of The Coronas since the release of their first album, said that he is still "best friends and brothers" with the band, and that he will continue to see himself "as a Corona." 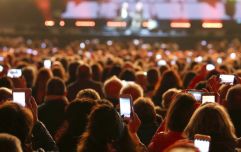 END_OF_DOCUMENT_TOKEN_TO_BE_REPLACED

"I’ve been lucky enough to play on the next album and as our fans always say we ‘get better and better with each album ‘ I can tell u on this occasion that is definitely the case," he said.

"I don’t know what the next chapter holds but I have no doubt we will share a stage again."

Dave said that after the band's The Long Way Home tour concludes at the end of the year, he plans to take a step back. 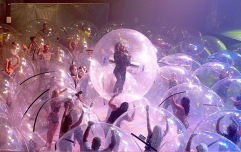 END_OF_DOCUMENT_TOKEN_TO_BE_REPLACED

He thanked those who supported him throughout his career with The Coronas and said that he was looking forward to his final gigs.

The Coronas released their first studio album in 2007.

They have since gone on to release four records, win best album at the 2010 Meteor Music Awards, and support Justin Timberlake.

Girls With Goals || Her · Ep.151: 'A Story Shared' - Aoife P. Rafter on blogging during a pandemic and living with CF
popular
Zoe Alexander Says X Factor Made Her Look Like a 'Fool'
"I don’t know where I’d be without her:" Paul Mescal chats new girlfriend in candid new interview
'They're Dead To Me Now' - Kate And Oliver Hudson Have Been Disowned By Their Father
QUIZ: Can you guess the TV show from the kitchen?
Someone has ranked the penis size of men from all over the world
Here's what happens on every day of your menstrual cycle (roughly)
Ex-housemate has no sympathy for I'm A Celeb's Jordan North - because he let her gerbil die
You may also like
3 days ago
Irish violinist Patricia Treacy to perform at Joe Biden's inauguration next year
3 weeks ago
Kanye West presents Kim Kardashian West with hologram of her late father as birthday gift
1 month ago
WATCH: Hozier tips popular busker playing ‘Take Me To Church’ on Grafton Street
1 month ago
Megan Thee Stallion launches scholarship fund for women of colour around the world
1 month ago
Erica Cody: New release is "about getting out of a toxic relationship and knowing your worth"
4 months ago
WATCH: Beyoncé releases trailer for upcoming visual album, BLACK IS KING
Next Page