Tickets go on sale Friday at 9am.

The Outnumbered singer will be playing Dublin's 3Arena on 13 and 14 December, and best of all, he'll be performing for a very good cause.

END_OF_DOCUMENT_TOKEN_TO_BE_REPLACED

The show is a full concert titled You Won't Go Lonely, and all the profits made from the two nights will be split between Focus Ireland and Pieta House.

Focus Ireland provides services for those who are homeless or at risk of becoming homeless in Ireland, while Pieta House offers free therapeutic mental health services.

Tickets go on sale this Friday 19 November at 9am on Ticketmaster.

Confirming the shows, Dermot said: "I’m so grateful to be playing two shows in Dublin this December in aid of Pieta and Focus Ireland, two incredible charities" 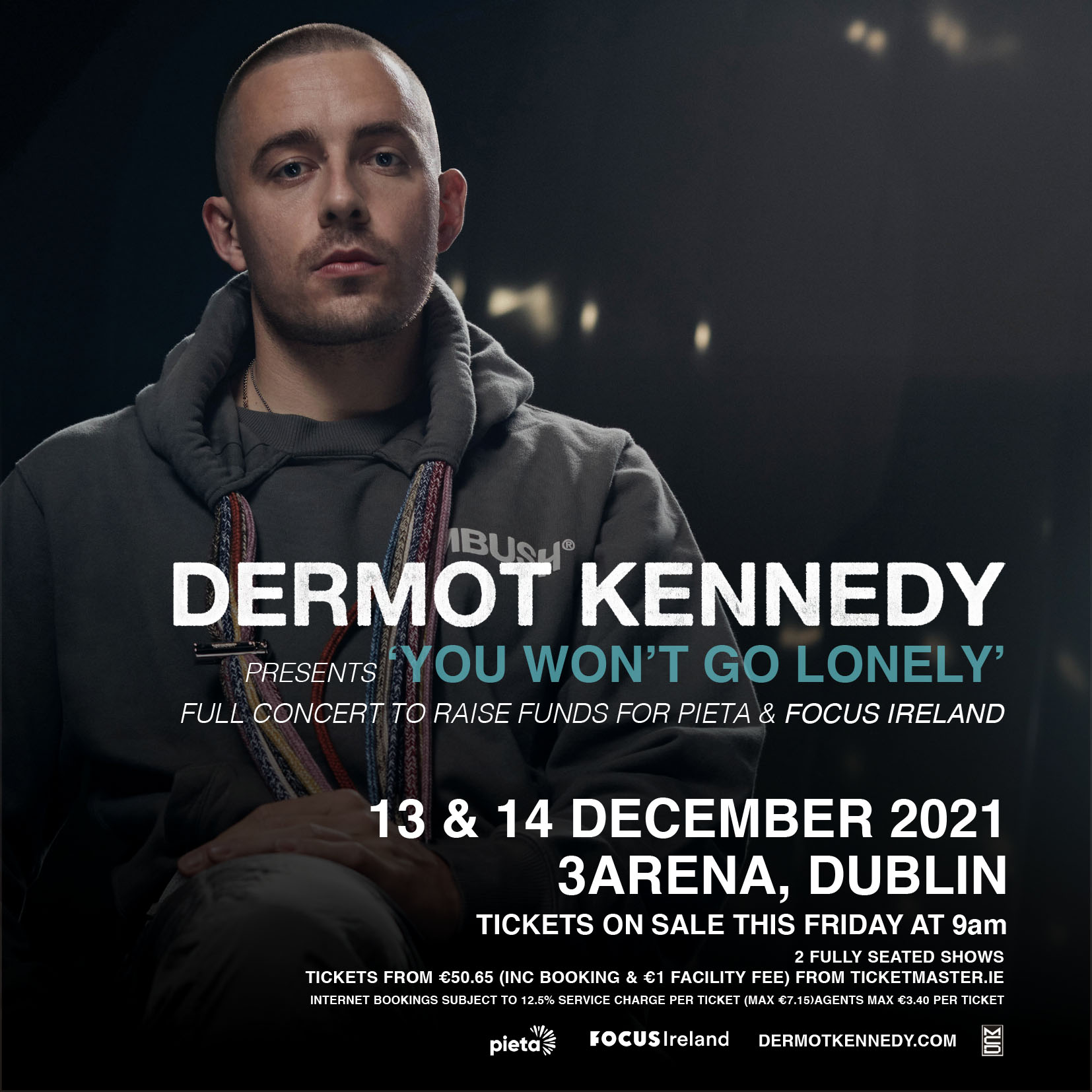 END_OF_DOCUMENT_TOKEN_TO_BE_REPLACED

He continued: "Suicide and homelessness are two issues that are sadly so prevalent in Ireland today.

"There are so many people that badly need our help, especially at this time of year. Please think of them and let’s come together and raise as much money as we can for these extremely important causes."

It's been a busy year for Dermot Kennedy, all things considered. His single Better Days climbed the charts and nabbed a spot in the UK's Top 20 singles chart, while in Ireland it reached the Top 5.

END_OF_DOCUMENT_TOKEN_TO_BE_REPLACED

In September, he delighted audiences across the pond by performing to over 90,000 fans on his UK tour. This included three sold-out performances in the prestigious Alexandra Palace in London.

Fresh off the UK tour, Dermot headed state-side for a US tour in which he enjoyed a triumphant sold-out performance at the Red Rocks Amphitheatre in Colorado.

On top of that, Dermot has become the biggest selling Irish artist for the millennium. His debut album sat in the top spot on the Irish album charts for 29 weeks and sold 1.7 million copies worldwide.

popular
Here are the baby name trends set to dominate 2023
Love Island's Faye Winter says she feels like she's "failing" as an influencer
5 delicious brunch spots around Ireland to try out on your next trip with the girls
The beginner's guide to upcycling: 3 essential tips for embracing DIY at home
The best Halloween costumes no matter what your hair colour is
X-Factor star Lucy Spraggan on the backlash the show is receiving
Calling all beauty lovers: Kildare Village gets three major new beauty brands
You may also like
3 weeks ago
Michael Bublé considering "quitting" music to focus on family
1 month ago
You can now do a module all about Taylor Swift's music at a Texas university
1 month ago
Too Hot To Handle's Nicole O'Brien: "I only went on it because I wanted to do music"
2 months ago
Adele fans have 'mad respect' for her after she stopped her Hyde Park gig to help someone in distress
3 months ago
Lizzo pledges $1 million for Planned Parenthood and abortion funds
3 months ago
UK lined up to host Eurovision 2023 after organisers rule out Ukraine show
Next Page