The glorious Dermot Kennedy has announced that he will play the 3Arena in Dublin this December.

This Dublin gig will be part of his biggest Ireland and UK tour to date.

END_OF_DOCUMENT_TOKEN_TO_BE_REPLACED

And lads, to say we're excited would be the understatement of the year.

Priced from €39.90, tickets will be available from usual all the usual outlets.

It has been a pretty unreal week for Dermot, tour announcement aside.

On Friday evening, he took to the stage at Malahide Castle, where he performed just before Mumford and Sons.

“Power Over Me” is now triple platinum in Ireland, and “Glory” and “a closeness” are platinum. Thank you so much for this milestone!! A lot of dreams are coming true lately. I’m not taking it for granted. Lots of love X . ? by @lucyfosterphoto 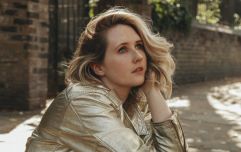 END_OF_DOCUMENT_TOKEN_TO_BE_REPLACED

He also released his new single Outnumbered, which will feature on his upcoming debut studio album Without Fear, which is set for release on September 27 2019.

Go on Dermo, you gorgeous man.

Speaking about his new song, the Dubliner said:

"Outnumbered is an attempt to comfort anybody who is feeling overwhelmed."

"A reminder that beauty can be found no matter how dark the night may seem. I hope it can be a source of reassurance to anyone going through hard times."

Fair play to him, and see you all at the gig in December yeah?

popular
Only a matter of time before monkeypox spreads to Ireland, says expert
Wagatha Christie: Rebekah Vardy storms out of court just 30 minutes into final day
Vicky Phelan enjoys "pure bliss" solo trip to Doonbeg
Denis Sulta had a cameo in Derry Girls alongside his girlfriend Saoirse-Monica Jackson
Sainsbury's evacuated after several people fall ill with breathing problems
Claire Byrne Live viewers in shock as woman shares family DNA secret
Conversations with Friends praised for showing reality of endometriosis
You may also like
2 years ago
Dermot Kennedy has just announced THREE new dates in both Killarney and Dublin
2 years ago
Live concert of David Attenborough's Our Planet series coming to Dublin
2 years ago
WIN 2 tickets to the LIVE 25th anniversary show of Riverdance in Dublin
2 years ago
'Thank u, Dublin' - Ariana Grande waves goodbye to Ireland after three sell-out shows
2 years ago
Hugh Jackman brought this Irish dad on stage last night and fans went WILD
2 years ago
Hugh Jackman spent the morning cycling around Dublin ahead of his 3Arena show
Next Page