Get the tissues ready.

Dermot Kennedy's debut album, Without Fear, isn’t the type of album you casually listen to in the background. It’s the type that compels you to stop, put your headphones on and listen intently to as Dermot pours out the depths of his soul through profoundly personal lyrics and immense musical detailing. Kennedy wears his heart on his sleeve from start to finish – and it proves to be a powerful listen.

The opener, An Evening I Will Not Forget, sets the tone for the whole album. The rawness of his raspy vocals  injects the listener into the breakdown of a relationship, and you can feel straight away that this is only the beginning of the story.

This tone continues as we explore Dermot's tortured monologue throughout the whole record. He takes us through his personal ups and downs when it comes to love, loss and life. 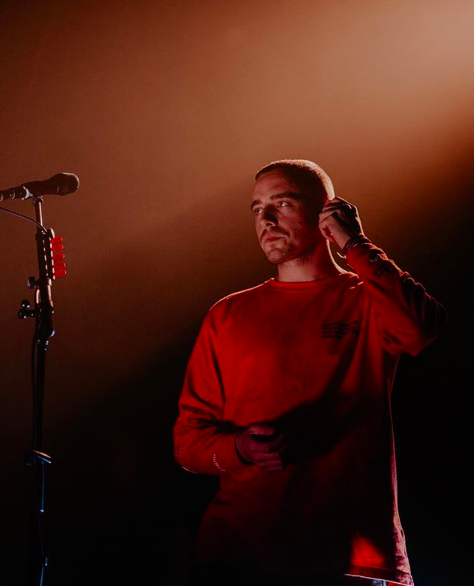 This debut is a long awaited one from the 27-year-old Rathcoole man – in fact, the wait was a week longer than expected, with Kennedy pushing back the release date, saying he wanted to make sure it was "exactly how I want it to be" in a handwritten note posted on his Twitter account.

END_OF_DOCUMENT_TOKEN_TO_BE_REPLACED

The singer has been releasing music since 2015, but for the last year has seen Kennedy constantly on the rise touring worldwide, with highly successful singles here and abroad. Taylor Swift was among those to notice his unique vocals and writing ability. Way back in 2017  she included him on an exclusive playlist on Spotify, calling the Irish singer ‘poetic’.

The fact that this is Kennedy's debut album release is mind-blowing considering the following he's gained through the chart-topping singles included on this album, including Outnumbered and Power Over Me.

Elsewhere on the album, All My Friends is a stunning piece of music laced with nostalgia for summers spent with his closest, and longing for the people who helped him through tough times. Next comes Moments Passed, an emotional ballad with some slight electronic backbeats perfected by Jay-Z's producer Mike Dean. It's almost guaranteed to be a hit. 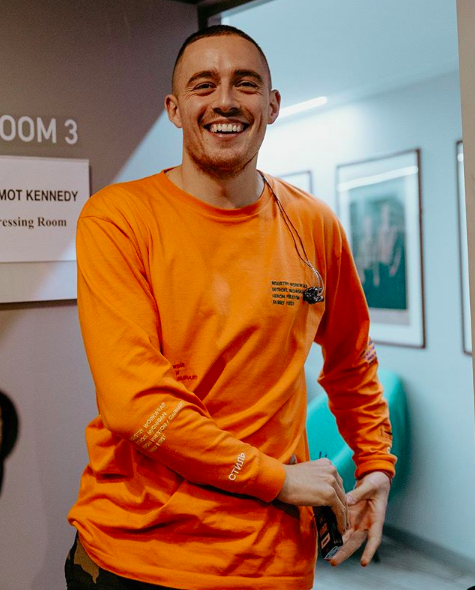 END_OF_DOCUMENT_TOKEN_TO_BE_REPLACED

Without Fear includes intimate love ballads, such as Dancing Under Red Skies, mixed with darker musings subjects like  alcoholism and homelessness in The Corner.

Redemption is a beautiful love song with a super-chilled vibe and a catchy chorus. Then we slide onto the title track, which is a lovely string-based song and feels like an uplifting piece to conclude this powerful album. It feels nostalgic, yet like the singer is closing a chapter and opening himself up to a whole new phase – hopeful for the future, keeping us all in anticipation for what’s coming next.

The balance between the electronic synths, light strings and that raspy voice makes for a highly emotive masterpiece.

popular
Here are the baby name trends set to dominate 2023
Here is the reported I'm A Celeb All Stars line-up
Two Love Island 2022 stars have just become step siblings...
5 delicious brunch spots around Ireland to try out on your next trip with the girls
Hailey Bieber shuts down rumours she dated Justin while he was with Selena Gomez
ITV boss defends Phil and Holly once more
Doctors move young girl to Dublin hospital after Co. Clare incident
You may also like
3 weeks ago
Michael Bublé considering "quitting" music to focus on family
1 month ago
You can now do a module all about Taylor Swift's music at a Texas university
1 month ago
Too Hot To Handle's Nicole O'Brien: "I only went on it because I wanted to do music"
2 months ago
Adele fans have 'mad respect' for her after she stopped her Hyde Park gig to help someone in distress
3 months ago
Lizzo pledges $1 million for Planned Parenthood and abortion funds
3 months ago
UK lined up to host Eurovision 2023 after organisers rule out Ukraine show
Next Page