Sigrid doesn't like Guinness... but we won't hold that against her.

It was a shockingly wet day in Dublin when we ventured to the 3Arena to sit down with pop sensation Sigrid. With her hypnotic melodies and infectious energy the Norwegian singer/song-writer has made massive waves in the music industry since her debut anthem 'Don't Kill My Vibe' hit the charts in 2017.

Having played Glastonbury twice and her largest tour to date well underway, her career is soaring. As she's not quite at the level of carrying tiny handbags to award ceremonies, we thought it was a fitting time to ask what's next for the twenty-three-year old and why Ireland holds a special place in her heart.

Listen to the full interview below:

A self-described storyteller, Sigrid cites Joni Mitchell and Adele as her musical influences. With such mass popularity and fans all over the world hanging on her every word, we asked is the fear of over-sharing an issue?

"In the first year, when I wrote the first songs, I didn’t think about if I  share too much or not but now of course it’s something that is very important to me that I have a personal life and that people don’t need to know every single detail about me. Sometimes it’s nice to have things for yourself" 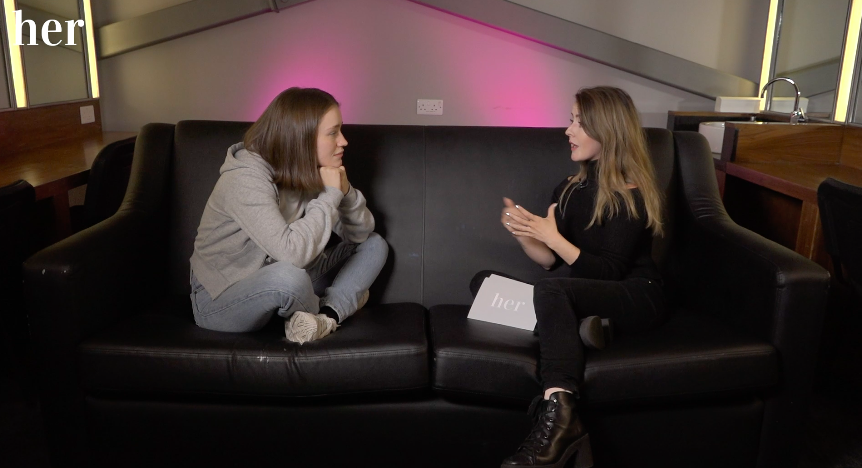 END_OF_DOCUMENT_TOKEN_TO_BE_REPLACED

One aspect of Sigrid's career that she hasn't shied away from is describing how tough the music industry can be for women.

'Don't Kill My Vibe' came about after a particularly frustrating recording session with a group of older men in the industry. We see a similar theme appear in a track on her new album Sucker Punch. 'Business Dinners' appears to revolve around industry expectation and what people are demanding but Sigrid reveals that it's also about the pressure we place on ourselves:

"It's inspired by the first month of going into the music industry and you don't really know how it works until you're in it and that was quite overwhelming at the beginning just meeting so many people. But yeah, it's also about the pressure you put on yourself...I'm incredibly ambitious"

#GirlsWithGoals? ”It is something that is very important to me, that I have a private life and that people don't need to know every single detail about me.” @niamh_maher sits down with @thisissigrid to talk about her career to date ?? Link in bio for the full episode ?

popular
Wagatha Christie: Rebekah Vardy storms out of court just 30 minutes into final day
Everything we know so far about Kourtney and Travis's Italian wedding
Claire Byrne Live viewers in shock as woman shares family DNA secret
Only a matter of time before monkeypox spreads to Ireland, says expert
Helen McCrory's children give heartbreaking tributes at her memorial service
Rebel Wilson claims male co-star sexually harrassed her
Sainsbury's evacuated after several people fall ill with breathing problems
You may also like
5 days ago
The six Eurovision countries with "irregular voting patterns" have been revealed
6 days ago
Eurovision producers reveal "irregular voting patterns" during Saturday night's final
1 week ago
Nick Cave pays tribute to son Jethro, who has passed away aged 31
3 weeks ago
Music festival in honour of Caroline Flack to take place this summer
1 month ago
"It means everything to me:" Sigrid on her upcoming album and learning to let go
1 month ago
Becky Hill: "I love the Irish, they’re one of the friendliest people around"
Next Page