Their first show at Dublin's 3Arena sold out in mere minutes, but it's great news for Fleetwood Mac fans today with the announcement that the legendary rockers will play a second gig in Ireland next summer.

Following the phenomenal reaction to the band's 3Arena show on June 20th, fans of the music legends will be delighted to hear that a second concert has now been added for July 10th at the same venue.

Currently on the road in the US, the phenomenally successful ‘On With The Show’ tour is presently clocking in at almost 70 shows across the country. Currently performing with their five star lineup, Fleetwood Mac will be joined by returning songbird Christine McVie following a 16 year absence. 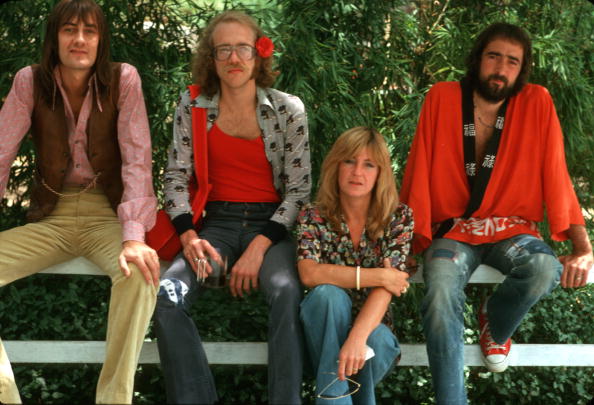 END_OF_DOCUMENT_TOKEN_TO_BE_REPLACED

During Fleetwood Mac’s 2013 tour, the four members happily welcomed Christine back on the stage during their show at London’s O2 Arena, where she performed their classic “Don’t Stop” and received a wild ovation from the crowd. “It was so comfortable being back onstage with them as if no time had passed, and then we all started talking and it feels like the time is right. I’m really happy,” she commented. “As far as we’re concerned, she’s never really left. We are overjoyed to have Christine back on stage with us,” said the other members of Fleetwood Mac in a joint statement.

popular
At least seven bodies have been found in search for Brian Laundrie
Gogglebox's Paige Deville never wants to speak to mum again after quitting show
Wait... Are Maura Higgins and Giovanni Pernice back together?
Shirley Ballas shares update after getting lump checked
Notebook and backpack belonging to missing Brian Laundrie found alongside human remains
Groom kicks out wedding guests after they all wear white
Rosanna Davison speaks out against legislation not recognising her as Sophia's mother
You may also like
1 week ago
Nicki Minaj defends Jesy Nelson amid blackfishing claims
2 weeks ago
Billie Eilish is set to become the youngest artist ever to headline Glastonbury
2 weeks ago
Emily Ratajkowski accuses Robin Thicke of sexual assault on set of Blurred Lines
2 weeks ago
Shakira "stood up" to wild boars who attacked her and stole her bag in Barcelona
1 month ago
Baby on Nirvana’s Nevermind album cover sues over child exploitation
2 months ago
Nicky Byrne confirms new Westlife album is coming in "2/3 months"
Next Page