Drake Has Spoken Out About THAT Kiss With Madonna At Coachella

The Internet went into meltdown this week at Drake's reaction to Madonna lobbing the gob on him during a performance at Coachella and the rapper has now spoken out about the incident.

While he may have looked disgusted at the PDA from the iconic singer, the Take Care star has said that while it was not part of the planned performance, he was delighted to get the shift from Madonna.

"Don't misinterpret my shock! I got to make out with the queen Madonna and I feel [] about that forever. Thank you @madonna," he said, while posting an image of the pair to Instagram. 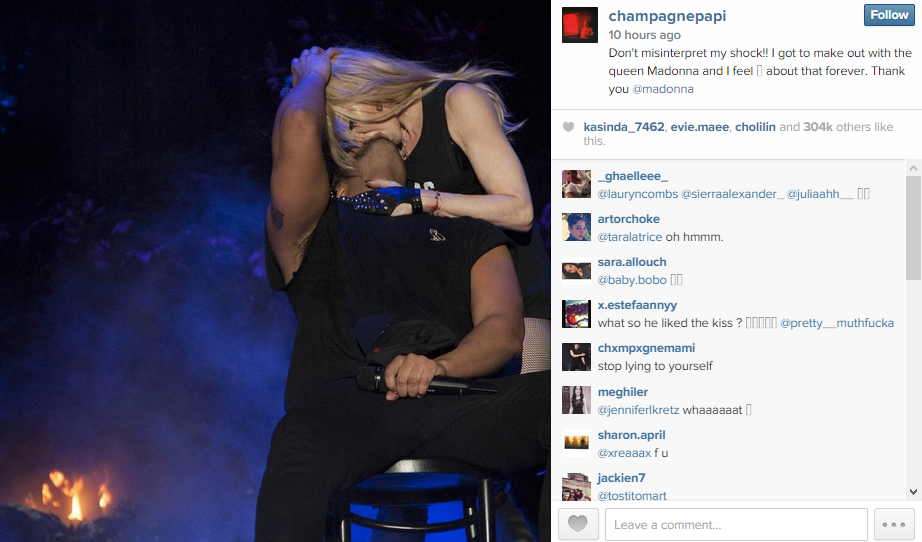 END_OF_DOCUMENT_TOKEN_TO_BE_REPLACED

TMZ is reporting that Drake's reaction was due to the unpleasant taste of her lipstick, rather than the kiss itself and Madonna has also taken to Instagram to hit back at criticism of the stunt, posting the below image on Instagram in defiance at her detractors. 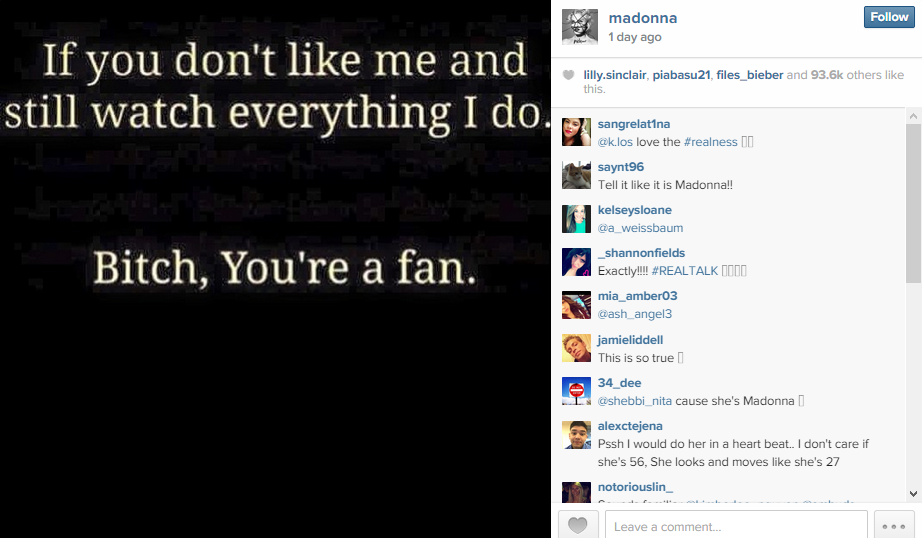