Please, please, someone buy this for us for Christmas. Or just for a regular weekday. Whatever.

The great man himself Mr. Ed Sheeran will be re-releasing a special edition of his hit albuim X and with it, some bonus extra songs. 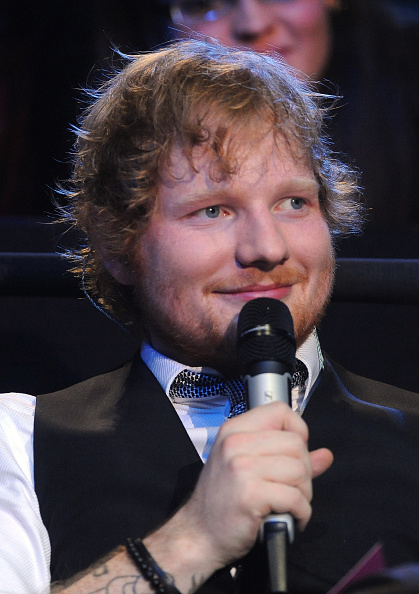 Ed hosted the MTV EMA's at the weekend.

The Wembley Edition version of the album will not only include the extra songs, but will also feature his new DVD Jumpers For Goalposts.

I'm releasing a Wembley edition of my album with a bunch of new songs and shit, preorder here - https://t.co/hWvRMQtvkK

According to reports, there will be seven extra songs, including his recent collaboration with Rudimental Lay It All On Me.

X: Wembley Edition will be released on November 13th – and yes, you did read that day right.

The same date as One Direction and Justin Bieber’s new albums.

Talk about the mother of all chart battles.

Twitter, as usual, reacted in style to the news.

X (wembley edition) is out the 13th omg jeez

Disk 1 is the new edition of X and Dick 2 is the Wembley CD. How amazing. pic.twitter.com/HGuwiz286l

November 13th is going to be a huge day in the world of music. New Bieber, One Direction, and the release of Sheeran's "X-Wembley Edition."

so excited for the x wembley edition

Ed Sheeran announced x/Multiply rerelease feat. that Jumpers for Goalposts movie I cut classes for, to be sold starting Nov 13 of all days.