The singer has left the social media platform because of the constant stream of negative comments he gets from trolls.

Ed says he has decided to leave Twitter for now as the negative comments he receives are having a huge impact on him.

“I’ve actually come off Twitter completely. I can’t read it,” he told The Sun.

“I go on it and there’s nothing but people saying mean things. Twitter’s a platform for that.

“One comment ruins your day. But that’s why I’ve come off it.”

Ed was forced to defend himself on Twitter last week after people criticised his Glastonbury performance, accusing him of miming.

“Never thought I’d have to explain it, but everything I do in my live show is live – it’s a loop station, not a backing track. Please Google,” he tweeted to his near 20 million followers.

Never thought I'd have to explain it, but everything I do in my live show is live, it's a loop station, not a backing track. Please google x 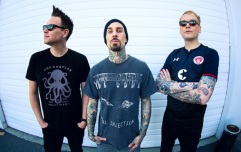 People are arguing over how to pronounce Blink-182 and sorry, wha?

END_OF_DOCUMENT_TOKEN_TO_BE_REPLACED

The 26-year-old says he finds it tough to understand why he is the victim of online trolling, saying:

“The head-fuck for me has been trying to work out why people dislike me so much.”

While he still posts all of his Instagram pictures to Twitter, it looks like we won't be getting any witty 140-character comments from him any time soon.

popular
Here are the baby name trends set to dominate 2023
Love Island's Faye Winter says she feels like she's "failing" as an influencer
A breakdown of what exactly is going on with Ned from The Try Guys
The best Halloween costumes no matter what your hair colour is
Selena Gomez calls out "vile and disgusting comments" following Hailey Bieber interview
First Look at David Seaman and Frankie Poultney's Wedding...
Five children rescued from van as driver is arrested
You may also like
3 months ago
Fans say Ekin-Su has cemented herself a place in Love Island hall of fame after terrace antics
3 months ago
Exam board stands by ‘inappropriate’ Leaving Cert question about body types
4 months ago
Airport passengers left furious as queues stretch all the way to car park
4 months ago
Twitter reacts to Leo Varadkar's super organised fridge
5 months ago
Jameela Jamil quits Twitter after Elon Musk buy out
5 months ago
Tánaiste Leo Varadkar condemns homophobic attack in Dublin City Centre
Next Page