They listed 12 reasons why it should be permitted to go ahead.

MCD Productions has called for Electric Picnic to be allowed to go ahead exclusively for vaccinated people.

The Irish promotion company shared twelve reasons on Tuesday why they believe the festival should be permitted as the live music sector in Ireland has now been closed for over 500 days.

END_OF_DOCUMENT_TOKEN_TO_BE_REPLACED

Last week MCD and Festival Republic wrote to the Taoiseach and other members of Government to propose the list of advanced safety measures which would allow the event to take place.

It comes as Managing Director of Festival Republic, which runs the Electric Picnic festival, Melvin Benn, said on Monday that the festival in Stradbally in Laois will be going ahead this year.

Speaking on RTÉ's News at One, Benn said he is "100% fully expecting the Electric Picnic to be going ahead on the basis (that) 100% nobody has told me I won't be able to". 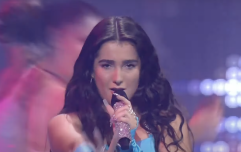 END_OF_DOCUMENT_TOKEN_TO_BE_REPLACED

He said that he expects that 70,000 people will attend provided they have been fully vaccinated or recovered from the virus in the last six months.

Over 90% of the tickets are already sold as the festival tickets went on sale in March 2020 for last year's cancelled event, however, the remaining tickets are set to go on sale at the end of the month after the line-up is released.

Their 12 reasons why Electric Picnic should be permitted to go ahead are as follows:

popular
Hilary Swank, 48, reveals she is pregnant, expecting twins
Davide Sanclimenti opens up on having kids with Ekin-Su Cülcüloğlu as he turns down Dancing On Ice
Joanne McNally is set to be on tomorrow's Late Late Show
Lush to open its biggest Irish store this winter
So apparently George and Mollie from Love Island aren't actually step siblings
Angelina Jolie accuses ex-husband Brad Pitt of abuse
People are being warned not to dress as Jeffrey Dahmer for Halloween
You may also like
1 week ago
Tayto Park has been renamed Emerald Park
1 week ago
Disability group shares concerns ahead of winter following "disappointing" budget
1 week ago
Contraception, IVF and rent relief: Key takeaways from Budget 2023
2 weeks ago
Children under 16 can now stay in public hospitals for free
3 weeks ago
Free contraception for women aged 17-25 comes into effect tomorrow
4 weeks ago
"It's going to be a massive, massive game - probably the biggest in our history" - Katie McCabe
Next Page