ALL HAIL THE KING.

You know what? I don't think I've ever met someone who dislikes Eminem's music.

Sure, there are people who think he's a sap (not me), but when Lose Yourself comes on, they can't help but love it.

No warning, no build up... just one simple tweet. 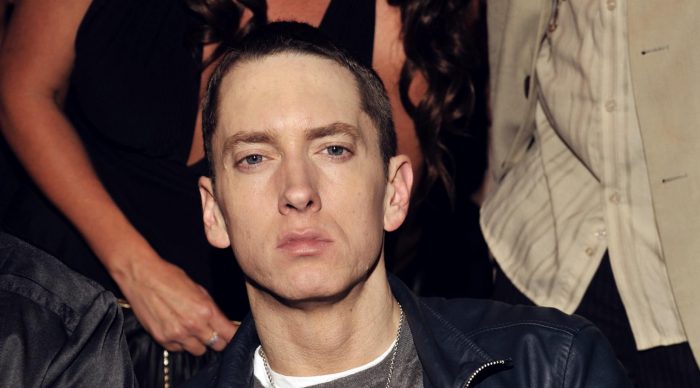 And of course, the Internet went NUTS.

Entitled KAMIKAZE, the album is Eminem's tenth, since he released his debut album Infinite in 1996.

The rapper tweeted in the early hours of the morning: "Tried not 2 overthink this 1... enjoy".

He also included a middle finger emoji for good measure.

Tried not 2 overthink this 1... enjoy. 🖕#KAMIKAZE Out Now - https://t.co/ANw73KbwMt pic.twitter.com/qfQoTYBTUy

The new album has 13 songs on it, and was produced by Dr Dre and Slim Shady.

So you know it's good stuff.

Now, I will be listening to it on repeat for the whole weekend.

Girls With Goals || Her · Ep.160: The Beauty Of Coaching - Hayley Harrison joins us from Sport Ireland
popular
ASOS is selling moob tubes and we all know someone who'd wear one
Penneys shopping by appointment booking portal is now live
First Dates Ireland's Mateo Saina welcomes baby boy with partner Vjerana
Meghan and Harry share new photo of Archie to mark second birthday
More footage of Tristan Thompson cheating on Khloe has emerged
"Irresponsible" Max Mara advert banned over "gaunt" model
Soap Couple Announce Shock Split After 16 Years
You may also like
2 months ago
Eminem's adopted daughter celebrates 28th birthday
1 year ago
Controversial Ariana Grande lyric features on new surprise album from Eminem
2 years ago
Eminem's daughter is all grown up as she celebrates turning 23 with a throwback snap
2 years ago
Machine Gun Kelly has responded to Eminem’s new diss track 'Killshot'
3 years ago
Why are Irish fans annoyed at Eminem? Twitter is raging at the rapper
3 years ago
The Christmas number one for 2017 has officially been announced
Next Page