Sandi Thom has taken to Facebook to bemoan the "bullshit" music industry in a tearful rant.

The I Wish I Was A Punk Rocker singer said she is done with the music industry following her latest single's rejection.

The Scottish singer broke down as she launched an attack on BBC Radio 2's decision not to add her single to their playlist.

END_OF_DOCUMENT_TOKEN_TO_BE_REPLACED

The 34-year-old explained that she is "f*cking sick to death" of having her music turned down by the national broadcaster's team of selectors and lamented the fact that she "can do no right".

She said: "I just heard that Earthquake didn't make the Radio 2 playlist again.

"I wanted to make this video so people realise how much it hurts because I apparently can do no right. 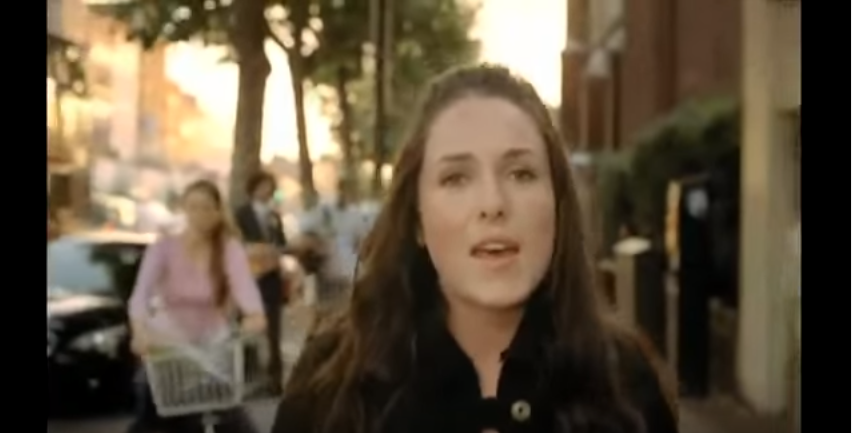 "I wrote a song that is pop and catchy and fits their format and there is no reason why they shouldn't play my music and I swear to God they have no idea how much it actually hurts when it's been years and years trying to gain some kind of respect from these people."

She revealed that after years of trying, she is turning her back on the industry.

END_OF_DOCUMENT_TOKEN_TO_BE_REPLACED

She continued: "I am done with this industry. I am f*cking sick and tired of having to sit on the edge of my seat waiting for these people to come back and tell me their verdict of whether this song is going to be a success."

Sandi shot to fame in 2006 when her Punk Rocker single went straight to the top of the charts but her career failed to take off in the following years, with only two of her twelve releases makig the charts.

Girls With Goals || Her · Ep.151: 'A Story Shared' - Aoife P. Rafter on blogging during a pandemic and living with CF
popular
Around the world: The most popular baby names in major cities across the globe
Not petite or plus size? 4 'mid-size' style influencers you should follow on TikTok
Someone has ranked the penis size of men from all over the world
"The female gaze is brilliant:" Why Phoebe Dynevor is proud of Bridgerton's sex scenes
Matt LeBlanc And Matthew Perry Reveal Reason Why They Didn’t Attend Jennifer Aniston’s Wedding
Here's what happens on every day of your menstrual cycle (roughly)
Queen's cousin pleads guilty to sexual assault at Queen Mother's ancestral home
You may also like
1 month ago
Ariana Grande announces new film with Netflix, Excuse Me, I Love You
1 month ago
I'm Not OK: My Chemical Romance have just released a makeup collection
1 month ago
Irish violinist Patricia Treacy to perform at Joe Biden's inauguration next year
2 months ago
Fans could be required to prove Covid-19 vaccination or test for concerts
2 months ago
Kanye West presents Kim Kardashian West with hologram of her late father as birthday gift
3 months ago
"My humour is a buffer zone between my emotions": CMAT chats loneliness, shit-posting, and getting a look in
Next Page