US girl band, Fifth Harmony, are coming to Ireland.

They've announced their first ever Irish show which will take place in Dublin's 3Arena later this year.

They're bringing their new show to Ireland to give Irish fans a live performance of their brand new album 7/27, which features hit singles Work from Home and Worth It. 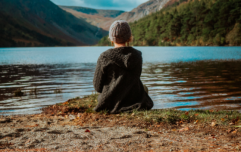 END_OF_DOCUMENT_TOKEN_TO_BE_REPLACED

Work from Home earned their first top 10 hit on the Billboard Hot 100, and is the first song to reach the top 10 from a girl group since 2008.

Not only that, it also reached the No. 1 position on the Billboard Rhythmic Songs chart, marking the first girl group to top the chart in 15 years.

And now we get to see them for ourselves live in concert because they've confirmed a date at Dublin's 3Arena on October 4th, 2016.

Tickets start from €44, including booking and facility fees, and go on sale at 9am Thursday 30th June through Ticketmaster.

And just to get you in the Fifth Harmony mood, here's Work From Home:

Girls With Goals || Her · Ep.151: 'A Story Shared' - Aoife P. Rafter on blogging during a pandemic and living with CF
popular
I'm A Celeb end date confirmed as series wraps up early
Roz Purcell apologises for error with new clothing line amid sizing criticism
This ingenious hack to clean your washing machine is an absolute game changer
Rosanna Davison brings her twin boys home to meet their big sister
'They're Dead To Me Now' - Kate And Oliver Hudson Have Been Disowned By Their Father
Irish sustainable clothing company remove all stock from website for Black Friday
Gwen Stefani reportedly pregnant with baby number four
You may also like
5 days ago
This is when you should put up your Christmas tree in 2020 - and it actually is November
1 month ago
7 gazebos from €40 to €12,000 for your outdoors entertaining
1 month ago
Win a unique Eminence Organic Skincare Facial and 3 products worth over €350
2 months ago
QUIZ: Can you name all 32 counties in Ireland in under 4 minutes?
2 months ago
Are you looking for an insanely talented female or non-binary musician? This directory is for you
2 months ago
Gogglebox Ireland returns to TV tonight and there's some new faces!
Next Page