Finding A New Hometown: Irish Band Set To Make Move To The UK

Louis Walsh’s latest protégées Hometown are said to be hoping that a move to the UK may be on the cards in the coming months.

According to reports, the boy band have their sights firmly set on cracking the UK in a bid to continue their recent success.

“Moving to the UK is a thing that we kind of thought was compulsory," the lads, who had a hit with Where I Belong, told Goss.ie.

END_OF_DOCUMENT_TOKEN_TO_BE_REPLACED 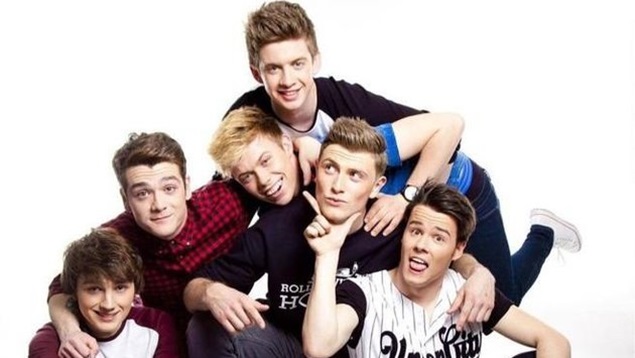 The lads had a hit with 'Where I Belong'.

"But now we’ve realised it’s kind of up to us where we want to base ourselves,” they continued.

“It depends if we’re flat out over there, if it comes to it we might have no choice but to move over there.

“We hope that we’re that busy that we have no choice!”

popular
These are the top baby names for 2022
Man charged in connection with Ashling Murphy's murder
Teen who pushed girl “head first” under Dart to face trial in adult court
Netflix shares more pictures from Bridgerton season 2
Bob Saget's wife Kelly describes him as "the best man" she's ever known
People are only realising Kendall Jenner and Gigi Hadid are related and the reactions are gas
Here are the Covid restrictions that may be lifted as early as next week
You may also like
1 month ago
Olivia Rodrigo is coming to Dublin and Cork next year
1 month ago
Garth Brooks confirmed for five nights at Croke Park
2 months ago
Three months is plenty of time to fall in love, and to have your heart broken
2 months ago
Dermot Kennedy announces 2 huge gigs in Dublin next month
2 months ago
5 things you may have missed from Taylor Swift's All Too Well short film
2 months ago
Travis Scott says he is "absolutely devastated" after eight die at AstroWorld Festival
Next Page