The soundtrack, which will be released on February 6th, includes 16 tracks from legends and superstars such as The Rolling Stones, Frank Sinatra, Beyoncé, and Annie Lennox as well as new and previously unreleased material from The Weeknd, Ellie Goulding, Skylar Grey, Jessie Ware, and more.

END_OF_DOCUMENT_TOKEN_TO_BE_REPLACED

The Fifty Shades of Grey Original Motion Picture Soundtrack album will be available in stores and on all digital partners. Pre-order the soundtrack now from any of the digital partners and receive an immediate download of “Earned It” from The Weeknd.” 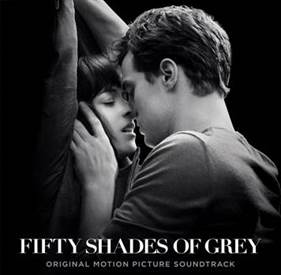 To whet your appetite, here is the lyric video for the brand new Ellie Goulding track that has garnered over 9 million views in just over a week.

popular
Traditional names such as Mary, Maureen, John and Michael may soon be extinct
First case of monkeypox confirmed in Republic of Ireland
Doctors urge women not to follow Kourtney Kardashian's 'semen' fertility advice
Young mum packs her bags and travels the world with 3-year-old son
Viewers praise Dermot Kennedy for "powerful" performance after Late Late Show finale
This girl absolutely SCHOOLED this guy for sending an unsolicited dick pic
The 2 Johnnies share unbelievable catfish ordeal as woman 'targets 40 people'
You may also like
1 week ago
The six Eurovision countries with "irregular voting patterns" have been revealed
1 week ago
Eurovision producers reveal "irregular voting patterns" during Saturday night's final
2 weeks ago
My Chemical Romance are back and it's time for an emo revival
2 weeks ago
Nick Cave pays tribute to son Jethro, who has passed away aged 31
1 month ago
"My first memory of music was growing up in church:" Griff on her whirlwind musical journey
1 month ago
Music festival in honour of Caroline Flack to take place this summer
Next Page