The Foos will headline Vital Festival at Boucher Road in Belfast on Monday 19 August 2019.

Tickets for the Dublin gig are priced from €79.50, and will go on sale via Ticketmaster and usual outlets nationwide this Friday 23 November. 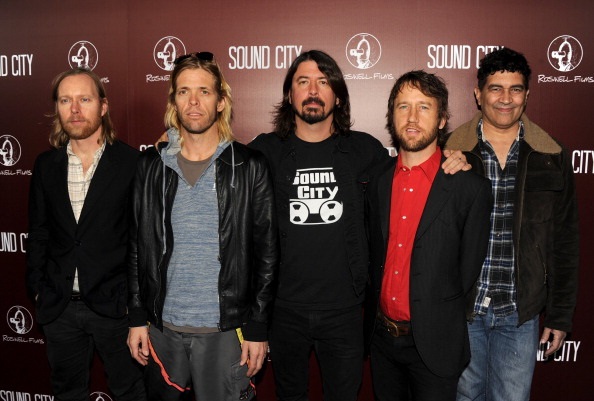 The last gig that Foo Fighters played in Ireland was Slane in 2015, and they've been typically busy ever since.

The current Foo Fighters live experience is described as "explosive and euphoric", so no doubt this is a gig you shouldn't miss!

Roll on August, we can't wait!

popular
Wagatha Christie: Rebekah Vardy storms out of court just 30 minutes into final day
Helen McCrory's children give heartbreaking tributes at her memorial service
Claire Byrne Live viewers in shock as woman shares family DNA secret
Only a matter of time before monkeypox spreads to Ireland, says expert
Ashley Graham says she nearly died while giving birth to her twin boys
Late Late Viewers left in awe of Paul McGrath's memories of Jack Charlton
Dog owners warned about the "big stretch"
You may also like
1 month ago
Foo Fighters cancel their tour following death of drummer Taylor Hawkins
1 month ago
Foo Fighters drummer Taylor Hawkins has died, aged 50
2 years ago
Foo Fighters to tour Europe next summer
4 years ago
Kristen Bell's version of this Frozen song is unlike any you've ever heard
4 years ago
Foo Fighters reveal filming Carpool Karaoke isn't as fun as it looks
6 years ago
Florence And The Machine To Replace Foo Fighters As Glastonbury Headliner
Next Page