Gangnam Style is no longer the most viewed YouTube video ever

We’ve all seen it.

Yes, when Gangnam Style was released in 2012, it was impossible to escape it.

And what seems even more impossible than the fact it’s been five whole years since its release, is the fact that it has held that top spot on YouTube’s most viewed videos since then. END_OF_DOCUMENT_TOKEN_TO_BE_REPLACED

With a total of 2.894 BILLION views, Psy’s video has had its time in the sun.

However, now it’s finally been eclipsed, but we were quite surprised to learn what by.

With 2.896 billion views, the video that caused us all to shed a tear, Charlie Puth’s See You Again, has now overtaken the dance hit’s 2012 entry.

However, Charlie will want to cling to that title while he can. 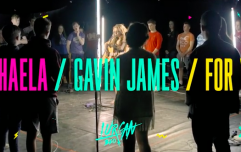 END_OF_DOCUMENT_TOKEN_TO_BE_REPLACED

Released back in April 2015, Charlie has had some time to build his numbers, but hot on his tail is Luis Fonsi’s banger Despacito as it continues to clock up the views with 2.485 billion views since it was uploaded in January of this year.

You'd want to get sharing, Charlie.

popular
Olivia Wilde struggling after Harry Styles break-up
Gwen Stefani reportedly pregnant with baby number four
"I've got nothing to hide": Ekin-Su confronts Davide over afterparty video
Confirmed! Kylie Jenner And Jaden Smith Are Officially A Couple
The trailer for Channel 4's Vardy V Rooney: A Courtroom Drama has dropped
Why Are Men so Obsessed With Boobs? The Answer is Pretty Surprising...
Balenciaga is suing production company following offensive ad campaign
You may also like
2 months ago
"Home alone" – Prince Louis memes are taking over the internet
3 months ago
Andrew Tate has – finally – been banned from Facebook and Instagram
3 months ago
Sonya Lennon reveals ‘judgement’ her daughter, 17, experienced when buying pregnancy test
4 months ago
Here's how to make Hailey Bieber's TikTok famous Strawberry Glaze Skin Smoothie
5 months ago
Mass in Mayo church goes viral after spooky incident happens over livestream
5 months ago
People on TikTok are making 'healthy Coke' with just two ingredients
Next Page