Fleetwood Mac have sold out the 3Arena in Dublin in a matter of minutes.

Tickets for the hit band went on sale this morning and promptly sold out in less than ten minutes. The gig was announced earlier this week and sees the rock group welcome back Christine McVie for the tour after 16 years. This follows her performance with the band during their show at London's O2 Arena last year.

The concert, which is part of their On With the Show tour will take place on 20th June, 2015, the same night as The Script and Pharrell take over Croke Park. 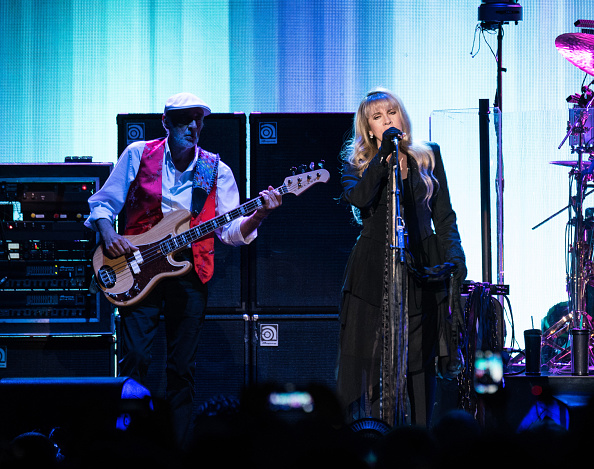 popular
Simon Harris gives three urgent options for easing restrictions next week
Tributes paid to Limerick based blogger and model Patrick McLoughney
This is how much 91-year-old Queen Elizabeth drinks every day
Husband of world champion runner Agnes Tirop arrested over death
Another Strictly star has pulled out of the live show
The First Quadrillionaire? Paypal Accidentally Gives Man $92 Quadrillion
Not going anywhere: Baby names set to stay popular for the next decade
You may also like
3 days ago
Nicki Minaj defends Jesy Nelson amid blackfishing claims
4 days ago
Westlife share teaser of new music coming soon
1 week ago
Billie Eilish is set to become the youngest artist ever to headline Glastonbury
1 week ago
Emily Ratajkowski accuses Robin Thicke of sexual assault on set of Blurred Lines
2 weeks ago
Shakira "stood up" to wild boars who attacked her and stole her bag in Barcelona
1 month ago
Baby on Nirvana’s Nevermind album cover sues over child exploitation
Next Page