We caught up with rising star Griff to chat lockdown creativity, the art of collaboration and opening for Dua Lipa.

When we meet Griff, it's backstage at Dublin's 3Arena. In a few hours, she'll take to the stage and open to a crowd of thousands for Dua Lipa's Future Nostalgia Tour.

Any other artist might be pacing their dressing room with nerves, but Griff, who was named the Rising Star at the 2021 Brit Awards, is as cool as a cucumber.

END_OF_DOCUMENT_TOKEN_TO_BE_REPLACED

As the Black Hole singer explains, this major arena tour is a surprisingly relaxing experience.

"I'm loving it," she tells Her. "It's ironically the most chilled my life and schedule has been for a while. During the pandemic, there was lots going on, and on my own tour it was really busy, but when it's someone else's tour, it's pretty chill and it's really fun. It's really inspiring to see the scale that's behind a show like this. It's such a huge operation, there are 20 trucks load of stuff and dancers and crew, it's really cool."

END_OF_DOCUMENT_TOKEN_TO_BE_REPLACED

Indeed, the past few years have seen Griff achieve momentous success in the music industry. As well as being honoured at the 2021 Brits, the 21-year-old's mixtape reached number 4 in the UK's charts. She has also collaborated with other huge names, including Sigrid, on Head on Fire and Zedd, on Inside Out. These days, she's performing to sold out crowds of thousands in huge venues around the world.

Now, as she prepares herself to open for one of the world's biggest pop stars, Griff reflects on her own musical journey, which began when she was a child.

"My first memory of music was growing up in church and singing worship music every Sunday," she explains. "I really fell in love with music in that sense. I'd play and write my own songs and I'd teach myself my favourite pop songs and stuff. Then I just started making beats when I was in school, and trying to write songs in my teens."

Griff released The Mirror Talk EP, in 2019, when she was still a teenager, but just as her career was taking off, the Covid-19 pandemic hit. Instead of seeing it as a major setback in her career, Griff views it as a very important creative period. 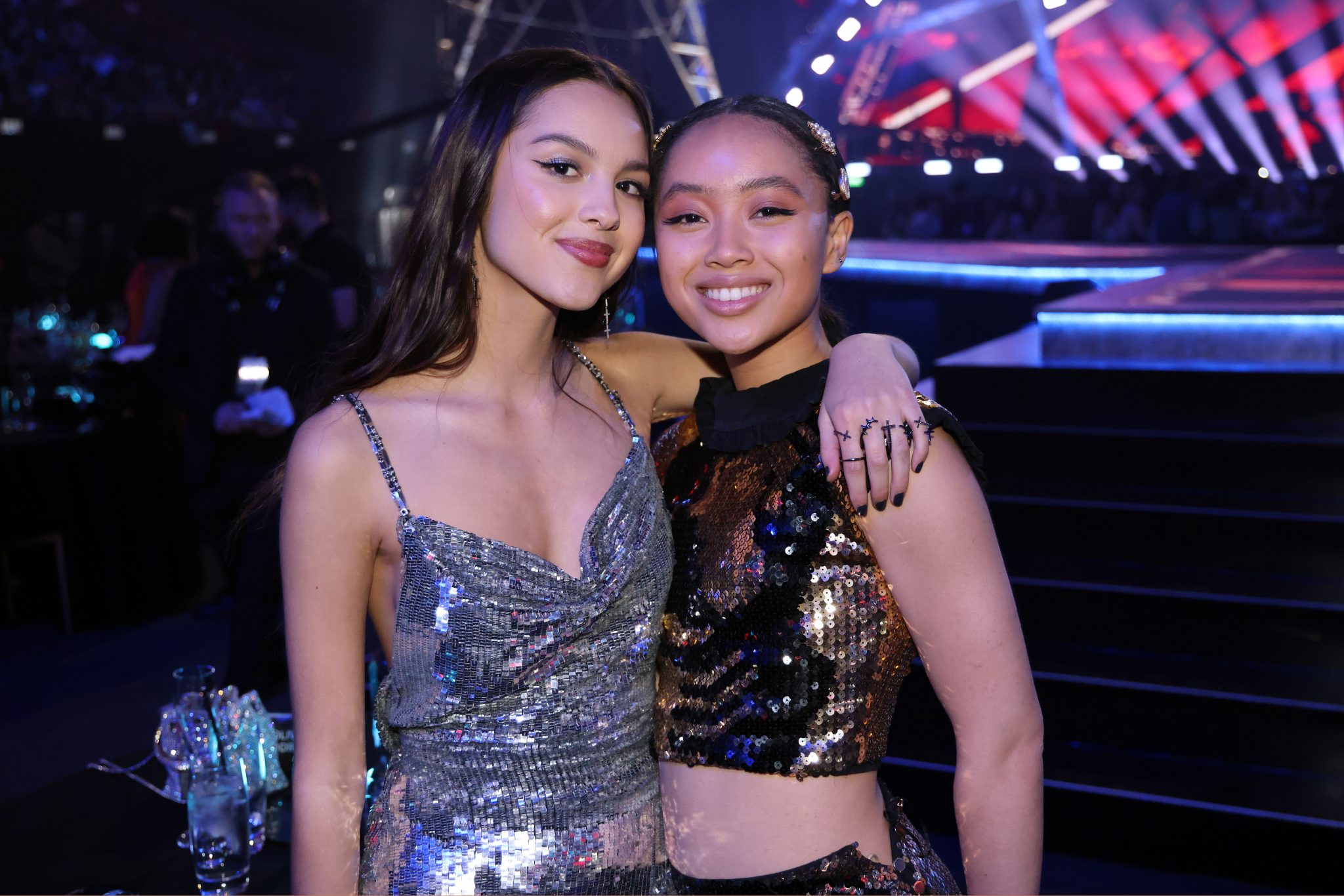 END_OF_DOCUMENT_TOKEN_TO_BE_REPLACED

"I think in that moment, it felt really hard," she says. "But now that we're out of it, I look back on that time as really precious and sacred. I think I'm at my best when I'm alone and in my own space. I don't know if I'll ever get that space again, so I think it was a blessing in disguise."

Since then, Griff's career has well and truly ignited. As well as being a prolific songwriter in her own right, she was able to collaborate with other artists, a process that she finds inspiring in itself.

"There's a different energy there," she notes. "When you're coming up, and you're new, people don't really know who you are, it's good to associate with other artists and see what other music I can make. It's fun to just explore different avenues. When you do collaborations, there's less pressure. You're not carrying that whole burden on you. It's a fun way to release music."

Griff's latest single, Head on Fire, is available to listen to on all streaming platforms.

popular
Two Love Island 2022 stars have just become step siblings...
Young girl found injured in Co. Clare house is in critical condition
Female child rushed to hospital after violent incident in Co. Clare
Molly Mae Hague shares emotional moment she discovered she was pregnant
Joe Swash has reportedly flown to South Africa to film I'm A Celeb All Stars
Gwen Stefani reportedly pregnant with baby number four
Abducted in Plain Sight: True crime drama follows girl who was kidnapped twice by the same man
You may also like
3 weeks ago
Michael Bublé considering "quitting" music to focus on family
1 month ago
You can now do a module all about Taylor Swift's music at a Texas university
1 month ago
Too Hot To Handle's Nicole O'Brien: "I only went on it because I wanted to do music"
2 months ago
Adele fans have 'mad respect' for her after she stopped her Hyde Park gig to help someone in distress
3 months ago
Lizzo pledges $1 million for Planned Parenthood and abortion funds
3 months ago
UK lined up to host Eurovision 2023 after organisers rule out Ukraine show
Next Page