Hozier busked in a New York Subway station last night, and it was class

The video features actress Anya Taylor-Joy, best known for her roles in the films The Witch, Split and Glass and was directed by Anthony Byrne. His credits include Darkness, Peaky Blinders and Ripper Street.

Speaking about the track, Hozier said:

“This was a fun track to write. I had the riff for it for a long time, a riff that I hadn’t written anything for. The lyrics lament boring company and focuses on the places you just want to leave.”

Dropped in on some New Yorkers’ commute home tonight to perform a few songs from my new album in a quick subway session. #wastelandbaby

And last night, in a pretty exciting turn of events for some morning commuters, the singer decided to do a surprise gig. 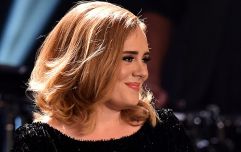 WATCH: What Happened After Adele's First Concert In Four Years Is Too Emotional

END_OF_DOCUMENT_TOKEN_TO_BE_REPLACED

In a New York Subway station...

The Irishman performed with his guitar, a keyboard player and a group of backing singers at the Rockefeller Centre subway station.

And as you can imagine, a crowd quickly formed.

He sang Take Me To Church, and the people adored it!

Dropped in on some New Yorkers’ commute home tonight for a quick subway session. Full video in the stories! #wastelandbaby

"Dropped in on some New Yorkers’ commute home tonight for a quick subway session," he captioned a video on social media.

Hozier also posted a few more videos to his Instagram story, with performances of Nina Cried Power and Movement.

Can you IMAGINE being on the way home from work and bumping into Hozier?

Here's hoping he comes home and does the same in a DART station, or at a LUAS stop.

popular
Wagatha Christie: Rebekah Vardy storms out of court just 30 minutes into final day
Everything we know so far about Kourtney and Travis's Italian wedding
Claire Byrne Live viewers in shock as woman shares family DNA secret
Only a matter of time before monkeypox spreads to Ireland, says expert
Helen McCrory's children give heartbreaking tributes at her memorial service
Rebel Wilson claims male co-star sexually harrassed her
Sainsbury's evacuated after several people fall ill with breathing problems
You may also like
3 weeks ago
Katie Taylor says she was "born for fights like this" as she prepares for historic night
3 weeks ago
Met Gala 2022: What happens inside the event and where do the funds go?
1 month ago
Tributes pour in for Irish firefighter who served during 9/11
1 month ago
You can buy a Friends-themed house complete with your very own Central Perk
2 months ago
Tributes paid to Monaghan woman who passed away in Brooklyn
3 months ago
Girl missing for almost three years found alive under staircase in New York
Next Page