He's performed with Annie Lennox at the Grammys, toured all over the word and wowed the crowds at Coachella so you could be forgiven for thinking htat Hozier would be taking this weekend's Glastonbury appearance in his stride.

However, the Wicklow man has revealed that he is feeling the pressure ahead of his high-profile slot at the iconic festival.

Having played the John Peel stage last year, the Take Me To Church singer's career has since skyrocketed and he is now due to play the Pyramid Stage tomorrow at 1pm - the same site headlined last night by Florence And The Machine.

END_OF_DOCUMENT_TOKEN_TO_BE_REPLACED

"It’s quite a leap, isn’t it?! I only realised that I was doing the Pyramid Stage quite recently. I’m kind of blown away by it! I’m absolutely thrilled, obviously. It’s going to be daunting, but a big landmark for me – very surreal," he told DJ Greg James. 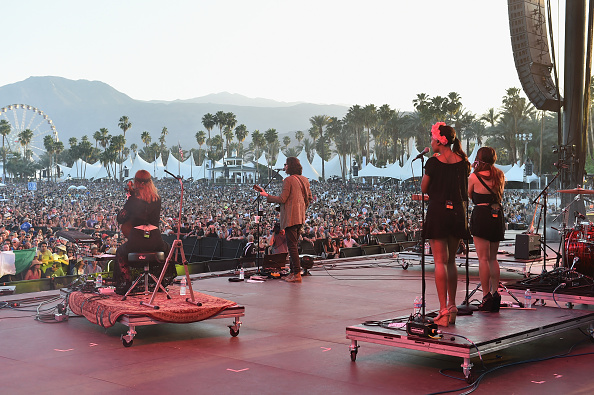 He added that, despite his nerves, he is looking forward to his trip to Worthy Farm and enjoys the ad hoc nature of festival performances.

"I’ve never done anything like this before! Festival gigs are different, there’s no sound check because the changeover can be quite quick, so you go out there and you kind of fly by the seat of your pants, and that provides a new energy every time, which I love.

"I would imagine, when the day comes, a few minutes before going on the Pyramid Stage at Glastonbury, that’ll be reason enough to be nervous."

Girls With Goals || Her · Ep.153: Scholarship Squad - We chat to Facebook's Claire O'Hara about our Smurfit Scholarship fund.
popular
Where are they now? The men of Sex & The City
Someone has ranked the penis size of men from all over the world
Award winning Irish film about conversion therapy debuting this weekend
Dad designs bikini line for transgender teens
The latest TikTok beauty trend is drawing on under-eye bags to look tired
Here's what happens on every day of your menstrual cycle (roughly)
Met Éireann issue snow warning as we are due another big freeze
You may also like
1 month ago
Ariana Grande announces new film with Netflix, Excuse Me, I Love You
1 month ago
I'm Not OK: My Chemical Romance have just released a makeup collection
2 months ago
Irish violinist Patricia Treacy to perform at Joe Biden's inauguration next year
2 months ago
LISTEN: Barack Obama compiles playlist to mark time as president
2 months ago
Fans could be required to prove Covid-19 vaccination or test for concerts
2 months ago
Kanye West presents Kim Kardashian West with hologram of her late father as birthday gift
Next Page