He’s a man who knows all about heartache and has had an incredibly successful year at the top of the charts – but now Hozier’s hitting the (top) spot… on the ultimate sexytime playlist.

The good people at Spotify decided to drill down into the musical moments of that special time when ‘2 become 1’ and pull out the top 10 songs for setting the mood. 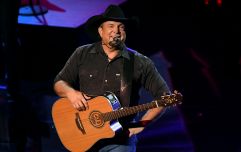 END_OF_DOCUMENT_TOKEN_TO_BE_REPLACED

According to the app, 2.5million Spotify users have made ‘sex playlists’ – with 56% of them being made by men.

Taking a look at the lists, Spotify compiled the top tracks that appear most frequently on playlists.

Considering some sex toys are now linked up to your ipod – it’s no shock that a heavy bass might work in favour of the artist.

Hitting the top spot was Hozier’s Eden, followed by The 1975’s ‘Menswear’ and Coldplay’s ‘Magic’.

If you’re looking for a beat for that bump and grind – here are the top 10 tracks that wrestled their way into the best songs to have sex to:

popular
Husband demands divorce after wife changes baby's name behind his back
Traditional names such as Mary, Maureen, John and Michael may soon be extinct
Wagatha Christie: Rebekah Vardy storms out of court just 30 minutes into final day
Deborah James "scared to go to sleep" as she receives hospice care
Irish mum shares "harrowing" experience after kids almost abducted in Turkey
Tributes paid after Love/Hate actor Stephen Clinch dies aged 52
Wait, is Maura Higgins in a new relationship?
You may also like
4 years ago
Ed Sheeran says he will quit music to raise a family with his fiancée
4 years ago
Former Pussycat Doll claims the band was a front for a prostitution ring
4 years ago
Move over Drake! This is now the most streamed song on Spotify
4 years ago
Jay-Z had the sweetest thing to say about Chris Martin in an interview
6 years ago
Did you hang onto your old iPod? It could be worth a tidy sum of cash
6 years ago
Adele just dropped a teaser of her new music video and now we need the full thing
Next Page