If One of This Year's X Factor Contestants Looks Familiar... This Might Be Why

Confession time: After weeks and weeks of live auditions, judges' house and live shows - we're still no better than Louis at remembering who is actually in Stereo Kicks.

One thing is for sure though; after watching this we will never forget who Charlie Jones is again. 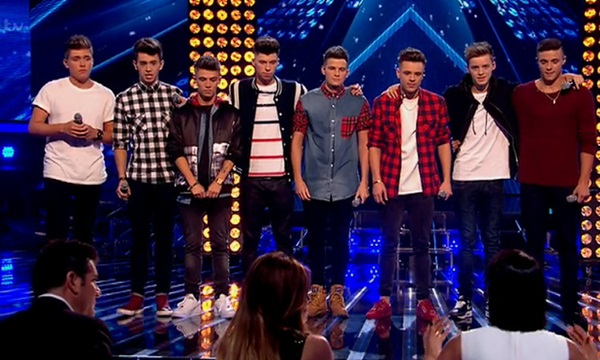 END_OF_DOCUMENT_TOKEN_TO_BE_REPLACED

Charlie and his seven new bandmates on stage at X Factor

The cherub-like star in the making was determined (like his bandmates) to make it as a solo star before fate and the judges pushed them together. The difference is that Charlie had already enjoyed some notoriety thanks to his track Belieber for Life, and the accompanying epic video.

Turn up the volume and enjoy as baby-faced Charlie laments the love he lost to Canadian crooner Bieber.

The video was released in April of this year, which just makes us sad about the seven months we were unaware of its existence.

popular
These are the top baby names for 2022
Man charged in connection with Ashling Murphy's murder
Teen who pushed girl “head first” under Dart to face trial in adult court
Netflix shares more pictures from Bridgerton season 2
Here are the Covid restrictions that may be lifted as early as next week
People are only realising Kendall Jenner and Gigi Hadid are related and the reactions are gas
Lynsey Bennett opens up about her eight year olds worries for her
You may also like
4 weeks ago
Il Divo singer Carlos Marin passes away aged 53
1 month ago
Olivia Rodrigo is coming to Dublin and Cork next year
1 month ago
Garth Brooks confirmed for five nights at Croke Park
2 months ago
Three months is plenty of time to fall in love, and to have your heart broken
2 months ago
Dermot Kennedy announces 2 huge gigs in Dublin next month
2 months ago
5 things you may have missed from Taylor Swift's All Too Well short film
Next Page