We caught up with him to talk about his debut album and whether there's any chance he'll reunite with the boys...

It’s called Fire and it has been quite a long time in the making, especially compared to how long Westlife albums took. I suppose I was just figuring out what my own music would sound like so for me that meant writing a shed load of songs to get the 11 that would end up on the album. I wanted to try new things and experiment a bit.

I didn’t go in and think it needs to sound really different to Westlife. The melodies and lyrics, when you don’t have that rule book in front of you I suppose, they are quite different. I’ve lived with the songs so long now, it kind of doesn’t feel different to me. I can see why it feels different to everyone else. I didn’t decide to make it different because I didn’t like Westlife’s music. This album is just what happens when I go into the studio by myself.

I really like Only You which is probably the most Westlife-like song on the album. It’ll be interesting to see what the fans think of it having heard the first two singles, Love Is a Drug and Butterfly, which are quite different. The album does have a variety of music on it. It’s not just all dark or all up-tempo. Some of the songs are a bit softer and closer to where I come from.

END_OF_DOCUMENT_TOKEN_TO_BE_REPLACED

It was different but it was something I’d been wanting to do for a while. It was obviously something we weren’t able to do with Westlife because we were too busy and too committed to Westlife. It was something that I had in my system for a while. It was really nice. One of the best things I’ve done in my life is to direct a gospel choir. To have them sing the parts I had written was just insane. For me, as a lover of gospel choirs, it was one of the best things I’ve ever done. To hear an orchestra play the melodies you’ve written is mind-blowing.

A lot of people would rather I just never made a solo album and just get back into Westlife. That’s a big honour and it’s fantastic. It’s one of the things that happens when you’re in a band that ends up being lucky enough to be big but Westlife is over and so this is what I’m doing now… I loved singing in Westlife.

I would never say never to a reunion but that’s as specific as you could get about it. There’s nothing negative about it, it’s just not something that’s about to happen. As well, if we ever did get back together years from now, it’d be a serious thing for all of us to consider and we wouldn’t like to do it in halves. It would have to be an album and a tour, and that’s not something that I think any of us are ready for right now. Everyone is flourishing in their solo careers. They were the most amazing years of my life but it’s something that’s in the past now. 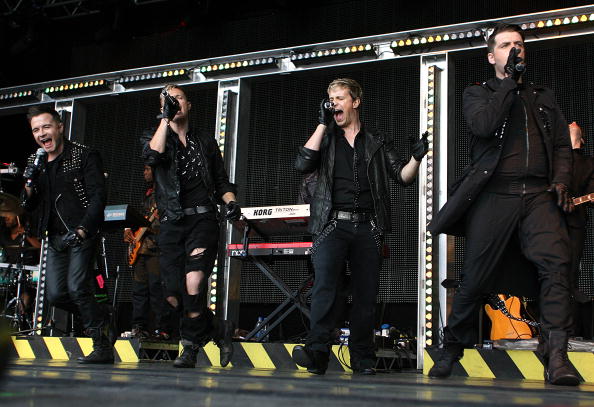 I am creative and I would like to get into the production side of things a bit more, maybe produce an artist. One of the things I’d love to do is a voiceover for an animated movie. It’s just one of those things I’ve always wanted to do. It would be fun to see myself as a little snowman or something! I do like the idea of mentoring and judging. I like the idea of helping people but maybe I'd  do it away from the television shows.

Probably Beyoncé. In fact, she’s probably the answer to every question about music of all time. I love the idea of playing around with duets as we know them. I would love to do a duet with the 1970s version of Aretha Franklin.

popular
QUIZ: Can you guess the TV series from the intro lyrics?
People are freaking out thinking that their star signs have changed
Someone has ranked the penis size of men from all over the world
Will Smith admits to 'failing miserably' in 21-year marriage to Jada Pinkett Smith
Here's what happens on every day of your menstrual cycle (roughly)
Charlize Theron Has No Problem Being Naked On Set
Amy Schumer reveals that her husband Chris Fischer has autism spectrum disorder
You may also like
3 weeks ago
WATCH: Irish female artists record powerful cover of The Cranberries' 'Dreams' for charity
1 month ago
The Weeknd donates $500,000 to Black Lives Matter causes
1 month ago
Britney Spears has gifted us a new song, securing her status as a true lockdown icon
1 month ago
WATCH: Halsey says new album helped her "make peace" with her bipolar disorder
1 month ago
Ranked: Ireland's top 10 Eurovision entires of all time
2 months ago
Norwegian popstar Dagny has released a new summer song and it's an absolute TUNE
Next Page