"We might go off and do our own bits and bobs, but I think Little Mix will literally never die."

Finally, one of the Little Mix ladies has broken their silence: Jade Thirlwall has opened up about the band's plans for solo careers following Jesy Nelson's departure earlier this week.

The singer spoke briefly about the news while she was on Australia's Ash London Live, explaining that the girls plan on "doing their own thing", but insisted that they'll be back together again.

"You know, eventually in the future we might go off and do our own bits and bobs, but I think Little Mix will literally never die," she said. "We’ve always said that. We’re like, we always need Little Mix."

So, it's not all bad news, and sounds to us like the girls just want a little space to work on their own careers. Jade told the radio station she "definitely wants to travel more."

"I’ve worked solidly for nine whole years now without hardly any break, I’m sort of used to that now and not stopping," she said.

Lockdown was difficult for Jade she explains: "When I had to stop and take a little break, I was so freaked out, I didn’t know what to do with myself with all that time off."

"With Little Mix, whenever we achieve something, we go right this is next. It just keeps us going and going. Obviously, we enjoy each other’s company so it makes the work a lot easier." 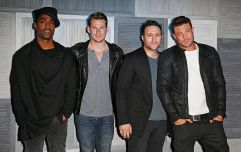 END_OF_DOCUMENT_TOKEN_TO_BE_REPLACED

Jade's interview comes following Jesy's statement that she would not be returning to the band anytime soon due to private medical reasons.

It read: "Jesy is having extended time off from Little Mix for private medical reasons. We will not be issuing any further comment currently and ask media to please respect her privacy at this time."

Girls With Goals || Her · Ep.161: Feeling Peachy - Sharon Keegan of Peachylean on being an absolute BOSS!
popular
Friends fans spot massive body double blunder in episode rewatch
The DIY frozen coffee recipe that's so delicious you'll never pay for an iced latte again
OnlyFans to move away from adult content in bid to reach $1B valuation
Why Are Men so Obsessed With Boobs? The Answer is Pretty Surprising...
How to INSTANTLY unblock your stuffy nose (we swear this works)
Here's what happens on every day of your menstrual cycle (roughly)
Someone has ranked the penis size of men from all over the world
You may also like
15 hours ago
Emilia Clarke launching new feminist superhero series next month
1 week ago
Opinion: Why are we so fascinated when celebs get back with their exes?
1 week ago
Westlife's Mark hopeful that "biggest gigs" of his life will go ahead this summer
1 week ago
RTÉ's Lottie Ryan welcomes first child
1 week ago
Twink "heartbroken" after death of rescue dog Rita
2 weeks ago
Opinion: Meghan Markle has already won
Next Page