And the breakup drama continues...

First Jesy leaves Little Mix, then it's reported that they're all planning on leaving, and now there's some cryptic messages being posed on Insta.

It's like an actual breakup between people we actually know, and we just can't help but watch it all unfold. 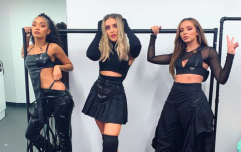 END_OF_DOCUMENT_TOKEN_TO_BE_REPLACED

The girls are yet to speak out about the situation publicly. The most we know for certain is that Jesy would be taking more time off from the band "for private medical reasons".

Then yesterday Jade Thirlwall, shared a post that her boyfriend Jordan Stephens posted - a very detailed quote about pain and how "it eases."

The singer posted the message on her Instagram story a few hours before the news that Jesy was leaving the band broke. 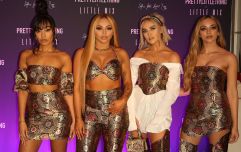 END_OF_DOCUMENT_TOKEN_TO_BE_REPLACED

The quote reads: "It rarely feels like it, but the pain eases. It fades. It flashes. It curls like the first bit of butter. Melts on the toast. Compliments the heaviness.

"It gets stuck in your gut. Does cartwheels. Tells you nasty stories. Reminds you of itself. Tricks you into not treating others like you wish you could. Tries to leave. Pretends to leave. Tastes like s**t. Gets stuck at the lights. Doesn't indicate. Arrives. Leaves. Breathes. Morphs into joy. Blossoms. Digs. Lies about time."

END_OF_DOCUMENT_TOKEN_TO_BE_REPLACED

It goes on: "Folds into your pocket. Gets lighter. Becomes unremarkable. Catches you in mid-air. Tries to be mysterious but often fails. Wonderfully, it beats itself with experience. Learns the words to its greatest hits. Switches on its blueprint. If you listen, it'll tell you the answers. Decipher its own echo.

"The deepest cuts are the best ones on the album. They don't ask for approval. Take longer to love. Pain's a palette cleanser. A ticket out of delusion. It's hard when you're in it. But we learn. We grow. It fades. It flashes."

We will keep you updated as the drama continues.

Girls With Goals || Her · Ep.160: The Beauty Of Coaching - Hayley Harrison joins us from Sport Ireland
popular
These 14 Dublin attractions are opening their doors again next week
Doctors warning young people against 'sun cream contouring' TikTok trend
28 amazing Irish glamping spots for your 2021 staycation
The countdown is on! 10 things we'll be racing to Penneys for when they open
More footage of Tristan Thompson cheating on Khloe has emerged
Louise Redknapp just admitted a shocking truth about her ex husband, Jamie Redknapp
Easy DIY: A super-chic pallet daybed for garden entertaining
You may also like
3 months ago
WATCH: Little Mix's Jesy Nelson's cousin auditions for The Voice
4 months ago
Jesy Nelson thanks fans for support after leaving Little Mix
4 months ago
Jesy Nelson unfollows Little Mix manager hours after leaving the band
4 months ago
Chris Hughes shows support for Jesy Nelson following Little Mix split
5 months ago
Little Mix's Jesy Nelson steps away from band "for private medical reasons"
5 months ago
Little Mix pay tribute to Jesy Nelson after EMAs as she battles illness
Next Page