Mark David Chapman, the man responsible for the murder of John Lennon, has branded his actions idiotic.

Chapman, who was imprisoned for killing the former Beatles star almost 34 years ago, apologised for being “an idiot”.

According to Sky News, Chapman made the admission in a transcript from a parole hearing last week, his eighth attempt at parole since being sentenced.

END_OF_DOCUMENT_TOKEN_TO_BE_REPLACED

Chapman revealed he still receives letters about the “pain” he caused from Beatles fans.

"I am sorry for causing that type of pain,” he told the hearing, “I am sorry for being such an idiot and choosing the wrong way for glory".

The panel, consisting of just three members, denied Chapman’s plea, stating his release would "so deprecate the serious nature of the crime as to undermine respect for the law". 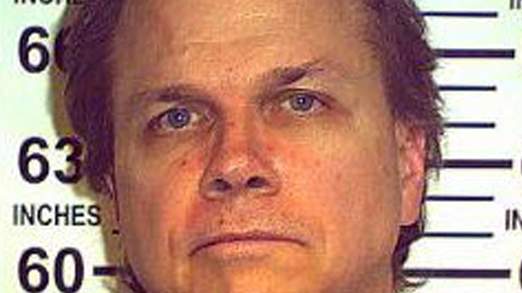 END_OF_DOCUMENT_TOKEN_TO_BE_REPLACED

Chapman pleaded guilty to second-degree murder, after firing five shots at Lennon outside his apartment in Manhattan's Upper West Side on December 8th in 1980 and received life in prison 1981.

"Many, many people loved him. He was a great and talented man and they are still hurting," the 59-year-old said.

"I get letters so that's a major factor. It's not a regular crime."

Chapman must now wait two years before he can appeal for parole again.

popular
Anne Heche has been removed from life support
Paige Thorne breaks her silence on Jacques O'Neill drama
Love Island producers respond to claims Jacques was kicked off the show for "bullying"
Top tips for keeping your fake tan on for longer as the weather heats up
Met Éireann extends high temperature warning for Ireland this weekend
Apparently, THIS is the reason why Louise Redknapp split from Jamie Redknapp
Ekin-Su Cülcüloğlu signs the biggest fashion deal in Love Island history
You may also like
1 month ago
Adele fans have 'mad respect' for her after she stopped her Hyde Park gig to help someone in distress
1 month ago
Lizzo pledges $1 million for Planned Parenthood and abortion funds
1 month ago
UK lined up to host Eurovision 2023 after organisers rule out Ukraine show
1 month ago
Sinéad O'Connor cancels all live dates for 2022 due to "continuing grief"
2 months ago
Joker 2: Lady Gaga reportedly in talks to play Harley Quinn in sequel
2 months ago
Mariah Carey sued for $20m over All I Want For Christmas Is You
Next Page