The lineup for Coachella is HERE and it's incredible

Beyoncé, The Weeknd and Eminem will headline Coachella this year, once again retuning to Colorado Desert, California.

The festival which attracts thousands of music lovers every year will take place from April 13-15 and April 20-22.

END_OF_DOCUMENT_TOKEN_TO_BE_REPLACED

It has been a 12 month guessing game as many tried to predict this years lineup - with many rumours circulating that Destiny's Child would be making a comeback for the event, however we now have confirmation that this is not true.

The bill of acts set to play this year trumps many previous years with Kygo, HAIM, French Montana, Sigrid and Deorro too set for the stage.

The lineup was released in the early hours of this morning and already has fans set and waiting to buy tickets as they go on sale January 5 and can be purchased here.

END_OF_DOCUMENT_TOKEN_TO_BE_REPLACED

Tickets cost $504 (€418), which includes your shuttle buses and camping pass. Many celebrities too attend Coachella every year to party, and are often spotted around the crowd. Regulars to the festival include Sarah Hyland, Selena Gomez, Justin Bieber, Kendall Jenner and Vanessa Hudgens. 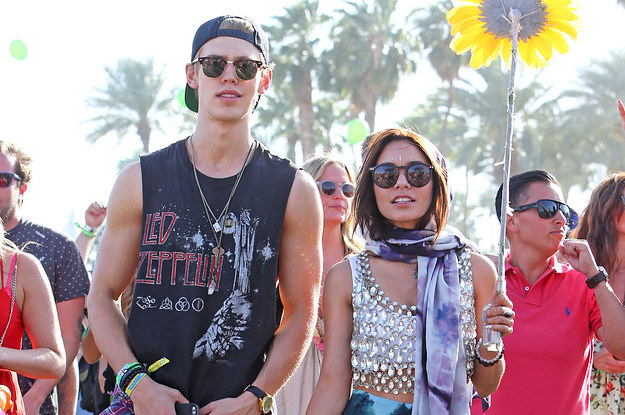 Ah some year we will make it to the desert!

Girls With Goals || Her · Ep.153: Scholarship Squad - We chat to Facebook's Claire O'Hara about our Smurfit Scholarship fund.
popular
Dad designs bikini line for transgender teens
Where are they now? The men of Sex & The City
REVIEW: 'Pilgrim Hill' - A Lonely Life in Rural Ireland
Someone has ranked the penis size of men from all over the world
Award winning Irish film about conversion therapy debuting this weekend
WATCH: The trailer for the Free Britney documentary is here
Here's what happens on every day of your menstrual cycle (roughly)
You may also like
1 month ago
Ariana Grande announces new film with Netflix, Excuse Me, I Love You
1 month ago
I'm Not OK: My Chemical Romance have just released a makeup collection
2 months ago
Irish violinist Patricia Treacy to perform at Joe Biden's inauguration next year
2 months ago
LISTEN: Barack Obama compiles playlist to mark time as president
2 months ago
Fans could be required to prove Covid-19 vaccination or test for concerts
2 months ago
Kanye West presents Kim Kardashian West with hologram of her late father as birthday gift
Next Page