With Electric Picnic just around the corner (the end of August), it would only make sense for a load of new acts to be added to the already unreal lineup.

And this morning, they were - hooray.

The likes of The Prodigy, Picture This, The Coronas, Walking On Cars, and Hamsandwich are among those just announced to be hitting up the Stradbally festival this summer. 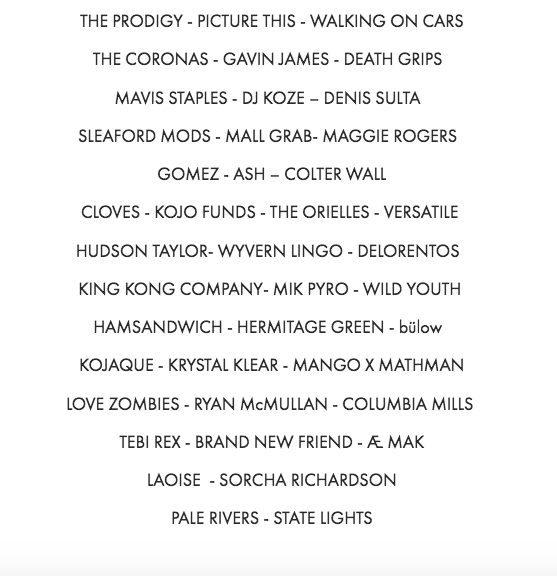 They'll be joining Kendrick Lamar, Massive Attack, Dua Lipa, and the dozens of others already set to take to the stage at the end of this month.

Dying for this, tbh.

Electric Picnic kicks off Friday, August 31 and will run until Sunday, September 2 2018.

popular
Shawn Mendes (24) is reportedly dating Dr Jocelyne Miranda (50)
Brighten up your Christmas with these affordable festive lights, coming to Lidl next week
3 simple tips to get your nails in shape ahead of Christmas
Why Are Men so Obsessed With Boobs? The Answer is Pretty Surprising...
Irish wellness brand cancel Cork pop-up following explosion on ship full of stock
Apparently this is the best date to put up your Christmas tree
Phoebe Bridgers says Christmas in Maynooth is like a "rom-com"
You may also like
1 week ago
Iran has issued the first death sentence for protesting
2 weeks ago
Iranian actress Taraneh Alidoosti removes headscarf in social media post
2 weeks ago
Government's five-day domestic violence leave plan criticised
1 month ago
Meteor shower to be visible over Ireland tomorrow
1 month ago
Tayto Park has been renamed Emerald Park
1 month ago
Gardaí investigation underway as baby skeletal remains found in Cork
Next Page