Instragram recently implemented a safety feature which allows you to flag certain words you don't like or find offensive.

You can select certain words that you don't want to see on your page and commenters will be blocked from using them on your photos. 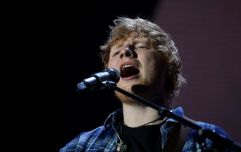 Ed Sheehan's latest collaboration with Andrea Bocelli will give CHILLS

END_OF_DOCUMENT_TOKEN_TO_BE_REPLACED

It is assumed that most people will use it for curse words, offensive or abusive language, but Louis Tomlinson used it for something totally different.

The singer blocked the word 'Larry' from his page.

To most people, this seems odd, considering it's some random person's name, but die-hard fans will know what this is about.

Some 1D fans think that there is a special relationship between Louis and his bandmate Harry Styles. Speculators believe that the two may be romantically involved and use the couple name 'Larry' to highlight this.

Louis has long stated that this term and idea is ridiculous and that he is fed up with it.

@skyleridk Hows this , Larry is the biggest load of bullshit I've ever heard. I'm happy why can't you accept that. 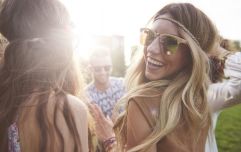 END_OF_DOCUMENT_TOKEN_TO_BE_REPLACED

The tweet above was written in 2012 so he's been fighting against the term for four whole years, so it's no wonder he's making use of Instagram's latest feature to lessen the Larry comments.

Of course, the ever zealous 1D fans found a way around poor Louis' ban on the word. 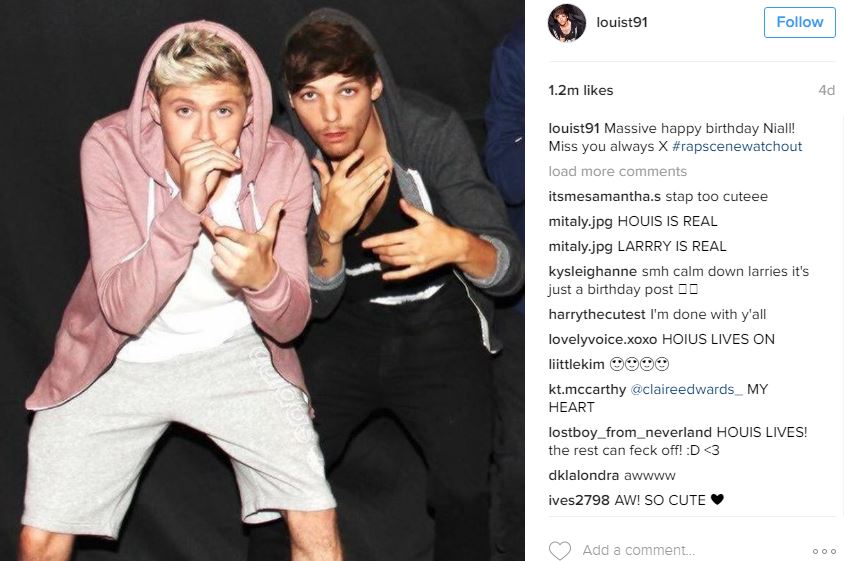 Instead, the Directioners just put a few extra R's in the word or space it out and some have even come up with a new name to combat the ban. "HOUIS LIVES ON".

Girls With Goals || Her · Ep.151: 'A Story Shared' - Aoife P. Rafter on blogging during a pandemic and living with CF
popular
'I feel betrayed': Curtis Pritchard on Maura Higgins and Chris Taylor's relationship
Ross was never meant to say Rachel's name at the altar, Friends writer reveals
'I loved it': The childhood drug addiction that inspired The Queen's Gambit
New ad campaign to show tampon string - despite push-back from media execs
Rachel Wyse And Galway's Joe Canning Are Reportedly Dating...
Viewers praise Corrie for emotional scenes as Leanne's son Oliver passes away
Here's what happens on every day of your menstrual cycle (roughly)
You may also like
1 month ago
3 things I've done to make my Instagram feed better for my head
2 months ago
Sir David Attenborough has officially joined Instagram and we couldn't be happier
6 months ago
Dogs Working From Home is the Instagram account that you need to follow during lockdown
6 months ago
'I'm not posting continuous pictures of my face' Niamh Webb O'Rourke on the evolution of blogging
7 months ago
Living with synesthesia: The Irish artist who experiences colour in an entirely different way
7 months ago
Check out the €20 New Look bargain that's just too good to miss out on
Next Page