The world would be a lonely place...

Without McFly. And we know that because, except for playing their old music, we've been pretty much Mcfly-less for the last entire DECADE. Well, at least albumless. We did get a single to tide us over.

(Can you believe it's been that long though?)

No longer, though, folks. No longer. Because McFly has just signed their first record deal in ten years. Hallelujah! What a time to be alive.

This announcement comes seven years after the group's last single, 'Love Is On the Radio'. After that, between 2014-15, they played as part of McBusted, made up of, as you probably know or guessed, the members of McFly and Busted (minus Charlie Simpson). Since 2015 though, they've pretty much been on hiatus and we've just been patiently waiting for their inevitable (never give up hope) return.

Over their years on hiatus, each member of the band has been involved with various solo careers. Tom Fletcher and Dougie Poynter wrote a series of children's books about a dinosaurs pooping and Dougie wrote a kids book about the environment and the plastic problem. Danny Jones wrote and produced records for acts such as One Direction, Rihanna, and 5 Seconds of Summer. Harry Judd has written a fitness book and also won the ninth series of Strictly Come Dancing. 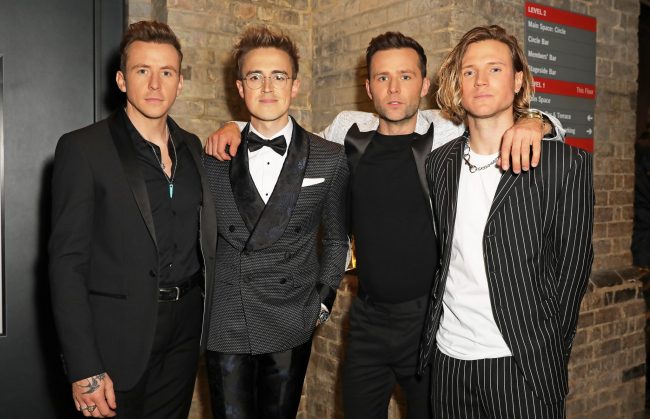 In fact, it was these solo careers, Tom Fletcher told the BBC, that had held the band back when they had tried to get back together before:

"A lot of those things became unspoken issues. These are your best friends, who you want to be stood on stage with - and seeing them do things without you is really difficult to deal with."

END_OF_DOCUMENT_TOKEN_TO_BE_REPLACED

They had even considered band therapy. However, last year, their manager Matt Fletcher ('Fletch') booked a gig in the O2 behind their backs and it sold out in minutes. They realised that they had to play it and it sparked the proper reunion and next chapter that has given us this wonderful news today. Thank you, Fletch.

The band started creating songs again. And all together this time, without the push for a proper 'come back' song.

"That was almost the problem before," Tom told the BBC. "Hoping that a song would be the answer. That really puts pressure on you as the writers, to come up with a hit that all your fans will love, but will also reunite you as a band and repair your relationships. We needed to get all of that out of the way first and come at it completely fresh." 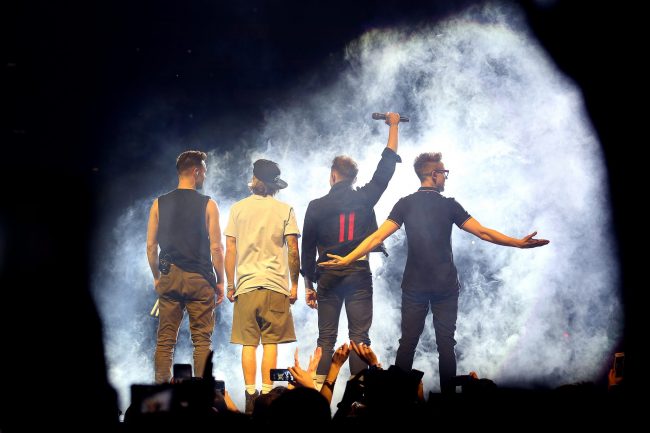 The band has signed a record deal with BMG who worked with our very own Cranberries, so we're loving that already. And apparently the equal collaboration between the McFly members worked because they already had the album almost finished when they signed the record deal.

Their new material will be landing later this month and we can hardly wait. We still don't have a title for their comeback single but we're hoping it will give us that old-school McFly vibes that we're missing. The band describe it as having a "festival vibe" that everyone can dance to. Well, sounds pretty good to us.

popular
WATCH: Paul Mescal and Daisy Edgar Jones's first Normal People audition is stunning
6 cosy buys from Irish brands that'll make staying home a little easier
10 tasty veggie one-pot dinners that just about anyone could make
The shows and movies you need to watch before they leave Netflix next month
Here's what happens on every day of your menstrual cycle (roughly)
Alan Hughes has finally responded to Sinead Desmond's exit from Ireland AM
Dublin TikTok house deny staging dance with couple having sex behind them
You may also like
1 week ago
WATCH: Hozier tips popular busker playing ‘Take Me To Church’ on Grafton Street
1 week ago
Megan Thee Stallion launches scholarship fund for women of colour around the world
2 weeks ago
Erica Cody: New release is "about getting out of a toxic relationship and knowing your worth"
3 weeks ago
Daniel O'Donnell announces his first live streamed concert
1 month ago
"My humour is a buffer zone between my emotions": CMAT chats loneliness, shit-posting, and getting a look in
1 month ago
Soda Blonde: "So much talent has been highlighted over lockdown, we need to start supporting our own"
Next Page