New legislation is to be announced later today in response to the infamous cancellation of five Garth Brooks concerts last year.

There was a national outcry last summer when country entertainer Brooks cancelled all five concerts at Croke Park, when he was only given permission for three by Dublin City Council.

END_OF_DOCUMENT_TOKEN_TO_BE_REPLACED

According to The Irish Examiner, several meetings have been held by a review group since the debacle and a series of new rules surrounding the staging of large-scale events have been put in place.

It's understood that an announcement on the measures will be made later today. 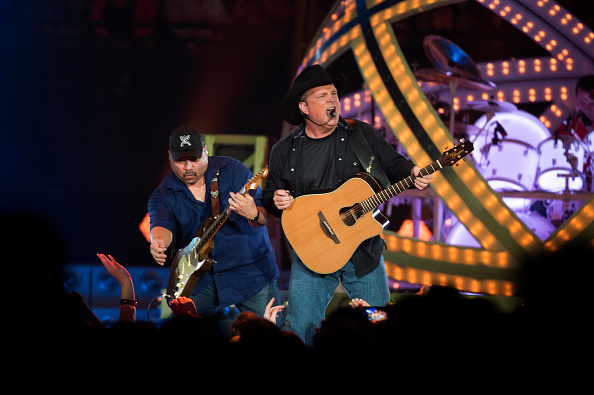 Over 400,000 people were left disappointed when the highly anticipated 'Comeback Special' was cancelled, with An Taoiseach Enda Kenny and several international figures among those who intervened in an effort to secure the gigs.

Brooks recently raised hopes again after he told comedian and presenter Patrick Kielty that he still hopes to return to Ireland at the end of his current world tour.

popular
Horrifying CCTV footage shows woman being kidnapped by her boyfriend
Viewers left unimpressed after “ridiculous” Operation Transformation scene
Women are rinsing their hair in apple cider vinegar – and the results are amazing
Mark Labbett apologises after storming off The Chase set
Crystal Swing's Dervla calls for more supports for children with autism
Madeleine McCann suspect said to have multiple alibis for day she went missing
Vicky Phelan to be honoured in special ceremony next week
You may also like
1 month ago
Tom Parker "happy to be back" with The Wanted as brain tumour under control
1 month ago
Il Divo singer Carlos Marin passes away aged 53
1 month ago
Olivia Rodrigo is coming to Dublin and Cork next year
2 months ago
Garth Brooks confirmed for five nights at Croke Park
2 months ago
Three months is plenty of time to fall in love, and to have your heart broken
2 months ago
Dermot Kennedy announces 2 huge gigs in Dublin next month
Next Page