A number of summer gigs have been announced this week and the latest news is that American singer-songwriter Patti Smith will play Dublin in June.

The Royal Hospital Kilmainham is the venue for the gig which will take place on Monday 1st June.

Multi-talented Patti, who is also a poet and visual artist, will play her iconic 1975 album Horses in its entirety.

END_OF_DOCUMENT_TOKEN_TO_BE_REPLACED 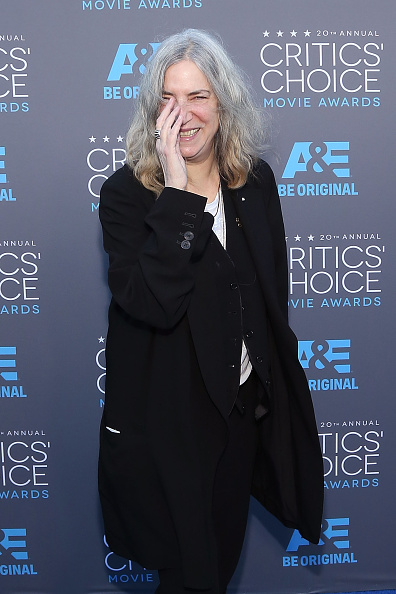 Patti is coming to Dublin in June...

Two members of Patty's original band, Lenny Kaye and Jay Dee Daugherty, will accompany her together with bassist and keyboardist Tony Shanahan, who has played with the group for the past twenty years.

Space rock band Spiritualized and indie rock prodigy Ariel Pink have also been confirmed to play on the night.

Dublin rock band New Secret Weapon are to open the show and we have a feeling this is one not to be missed!

popular
Traditional names such as Mary, Maureen, John and Michael may soon be extinct
First case of monkeypox confirmed in Republic of Ireland
Texas student says she "played dead" during school shooting to survive
Doctors urge women not to follow Kourtney Kardashian's 'semen' fertility advice
Young mum packs her bags and travels the world with 3-year-old son
Viewers praise Dermot Kennedy for "powerful" performance after Late Late Show finale
This girl absolutely SCHOOLED this guy for sending an unsolicited dick pic
You may also like
1 day ago
Two racehorses die after escaping from Dublin field
1 week ago
Two youths found guilty of violent disorder after girl pushed under DART
1 week ago
Passengers warned that Dublin Airport situation is simply "unpredictable"
1 week ago
Lesbian couple attacked in Dublin thank public for support
1 week ago
Fake nun known for dancing on Dublin streets banned from entering monastery
1 week ago
Gardaí appeal for witnesses following serious assault on man in Tallaght
Next Page