It's 10 years since One Direction first became a thing - and an entire decade since the lads were birthed from the questionable pop machine that is The X Factor.

What a time to be alive... and what a time to put together a not-at-all-definitive ranking of One Direction's best songs, based on the opinion of one person: me. 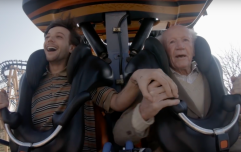 END_OF_DOCUMENT_TOKEN_TO_BE_REPLACED

Arguably one of One Direction's more annoying tracks (that can possibly be attributed to it being constantly played on that painful X Factor ad), and yet it is still a Very Good Song.

'Kiss You' thrust the 1D lads into a new era. Most notably: their second album.

It's fun, it's cute, it barely scraped its way into this top 10 list. Congrats to it. 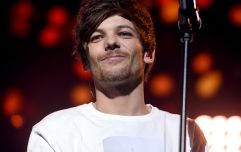 Louis Tomlinson talks self-doubt, 1D and being 'the kid stood in the back'

END_OF_DOCUMENT_TOKEN_TO_BE_REPLACED

Look, 'Night Changes' is the last 1D song to feature Zayn Malik and for that very specific reason, it simply must hold a place in One Direction fans' hearts - and by extension, this list.

It's also a fairly touching number , the video of which suggests Zayn owns a restaurant (?). No, I don't know either. 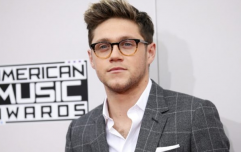 END_OF_DOCUMENT_TOKEN_TO_BE_REPLACED

8. 'What Makes You Beautiful'

Arguably 'What Makes You Beautiful' should be considerably higher on this here list of the best 1D songs of all time, but hear me out, okay?

It's not bad, guys. It's just number eight.

Pass the Kleenex, plz and tnx.

A controversial one here at number six and a jaunty little track all the same.

The music video for 'History' was as to be expected, featuring a montage of the lads throughout the years, eventually depicting them walking away from each other at the end of the song, seemingly signifying the fact that they were, indeed, going to break up soon.

Apparently this wasn't the precise meaning behind the video at all, but listen, it was interpreted that way at the time and what else can you do?

Written by Harry Styles when he was 19-years-old (allegedly), 'Stockholm Syndrome asks: "Who's that shadow holding me hostage?"

We may never find out, but it's grand because the song is a banger anyway and here it as at number five.

Still dunno what the thing is, but hey, I'm sure we'll find out some day soon.

Not perfect enough for a higher ranking, though.

Up All Night fan, can you tell?

Alright, chances are 'Stand Up' isn't appearing on anybody's top 1D lists any time soon, but in all honesty, it should do, because it slaps.

A quintessential late naughties boyband banger, 'Stand Up' has got everything one would possibly need from a preppy pop song including a repetitive chorus of 'ooh ooh ooh's.

This is the best One Direction song and I will die on this hill.

Gritty, sexy, and a back yourself / fuck the haters anthem, 'Drag Me Down' ushered in a new era of One Direction - one where Zayn Malik wasn't there and Harry Styles finally started to look like Harry Styles.

The track was a maturer song, a sleeker sound, one that topped the charts around the world despite having very little promo behind it.

'Drag Me Down' changed everything.