Robbie Williams Will Not Be Joining Take That For Next Tour

Robbie Williams has confirmed that he will not be joining the rest of the TakeThat lads for their next tour.

The singer, who revealed earlier this week that his wife Ayda Field is pregnant with their second child, said he doesn’t have the time.

“Logistically, I can’t do it,” he told The Sun newspaper. “I have the tour (Swings Both Ways) and I’m going to be a dad again.

END_OF_DOCUMENT_TOKEN_TO_BE_REPLACED

“It doesn’t mean to say I won’t join in along the way. Whatever happens, I am absolutely going to be in Take That – I love being in Take That”.

Robbie also explained that he is planning to take a break in the not-too-distant future: “After the tour wraps, I’m going away for a year or two”. 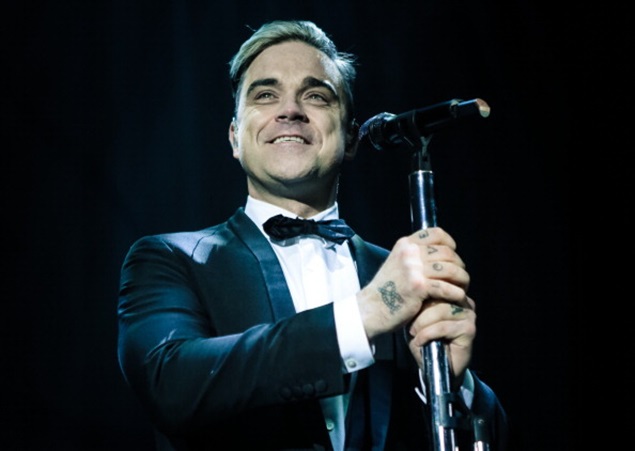 Girls With Goals || Her · Ep.155: 'Bits of Me' - Linnea Dunne on the importance of women's health
popular
Tried and tested: I tried the viral TikTok mascara hack to see if it really works
Matilda's Bruce Bogtrotter is a doctor now - and he doesn't even like chocolate
Someone has ranked the penis size of men from all over the world
Love is dead... Shakira and her husband Gerard have reportedly split
Here's the average age people lose their virginity around the world
Kate Winslet experienced "horrible" body shaming after Titanic
Scarlett Moffatt discovers ‘30% rain’ on weather app doesn’t mean chance of rain
You may also like
1 day ago
Rapper Slowthai agrees to stop spitting in fans' mouths at gigs due to Covid-19
1 week ago
Framing Britney Spears available to watch on Irish TV from February 16
2 weeks ago
10 years on, Rebecca Black releases remix to 'Friday'
2 weeks ago
Westlife announce "biggest ever world tour" and US live shows
3 weeks ago
Remember Rebecca Black? Well, her new song Girlfriend is an actual bop
3 weeks ago
Gary Barlow planning a supergroup of Spice Girls, Chris Martin, Little Mix and more
Next Page