Seven Things You May Not Have Known About... The Beatles

This week, we bring you some facts about the world's biggest boy band. No, not One Direction, The Beatles!

1. McCartney showed Lennon how to tune a guitar.

END_OF_DOCUMENT_TOKEN_TO_BE_REPLACED

True story, this is how Lennon and McCartney met. Poor John had no idea to tune a guitar but that all changed when an old bandmate from the Quarrymen introduced him to McCartney who chatted with John for a few minutes before he tuned his guitar. McCartney famously wore a white jacket with silver flecks with a pair of black drainpipe trousers. 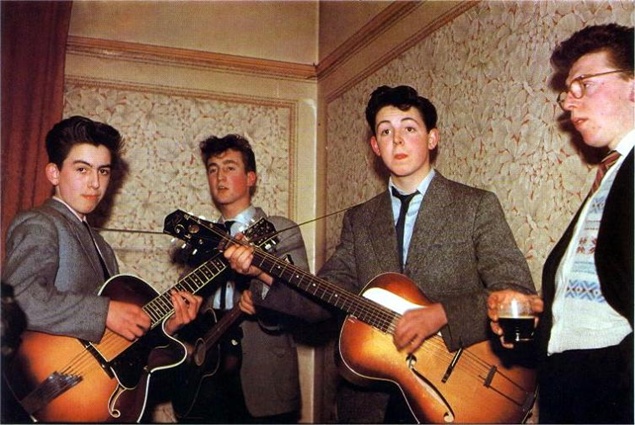 2. Lennon and McCartney used to practice in the bath.

Lennon would often walk the short walk to Paul's house to practice but when they discovered the acoustics were better in the bathroom, they took to using the bath for jamming sessions.

END_OF_DOCUMENT_TOKEN_TO_BE_REPLACED

3. So many Penny Lane street signs were stolen, the council were forced to paint it on the walls.

McCartney immortalised Penny Lane when he wrote the song of the same name but it also drew a lot of attention to just another ordinary road in Liverpool. According to Time magazine, town officials got so sick of replacing the street signs that they began to paint the name on to the walls. 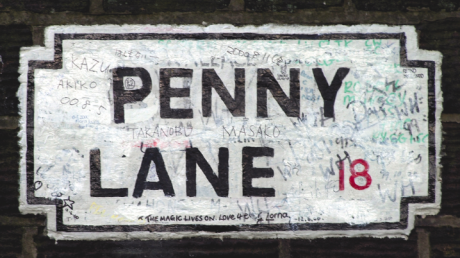 END_OF_DOCUMENT_TOKEN_TO_BE_REPLACED

George Harrison had struck up quite a friendship with Eric Clapton but that all changed when Clapton fell madly in love with his wife. He wrote Layla for Boyd who left Harrison and married Clapton two years later. Clapton later penned Wonderful Tonight for the former model. Boyd wasn't the fondest of Wonderful Tonight:  “For years it tore at me. It was the most poignant reminder of all that was good in our relationship, and when things went wrong it was torture to hear it.”

5. Paul McCartney was deported from Germany in 1960

When the band were trying to get off the ground, they spent a lot of time in Germany practising and touring. While there, McCartney and then-drummer Pete Best got arrested for nailing a condom to a wall and lighting it on fire. McCartney and Best were promptly booted out of the country.

6. The Beatles had two-left handed members.

Both George Harrison and Paul McCartney were left handed.

At 2:58 on Hey Jude recording (not the live version below), you can hear Paul McCartney faintly saying "oh f**cking hell" after he made a mistake.

popular
Top tips for keeping your fake tan on for longer as the weather heats up
Paige Thorne breaks her silence on Jacques O'Neill drama
Love Island producers respond to claims Jacques was kicked off the show for "bullying"
Survey reveals the sexual positions women hate most
Ekin-Su Cülcüloğlu signs the biggest fashion deal in Love Island history
Apparently, THIS is the reason why Louise Redknapp split from Jamie Redknapp
Ekin-Su and Davide are bringing their mums to New York with their Love Island winnings
You may also like
1 month ago
Adele fans have 'mad respect' for her after she stopped her Hyde Park gig to help someone in distress
1 month ago
Lizzo pledges $1 million for Planned Parenthood and abortion funds
1 month ago
UK lined up to host Eurovision 2023 after organisers rule out Ukraine show
1 month ago
Sinéad O'Connor cancels all live dates for 2022 due to "continuing grief"
2 months ago
Joker 2: Lady Gaga reportedly in talks to play Harley Quinn in sequel
2 months ago
Mariah Carey sued for $20m over All I Want For Christmas Is You
Next Page