Taylor Swift has been having a rough time of late, with many criticising her for writing so many songs about her short-lived romance with Harry Styles.

However, the man himself has come to her defence, telling the world that he quite likes the tracks that his ex has penned about him.

The One Direction star was asked how be felt about the situation during a new interview and dealt with the awkward question in a very gentlemanly way.

END_OF_DOCUMENT_TOKEN_TO_BE_REPLACED

"We always say that we write from personal experience, I think everyone does. It'd be hypocritical of us to be like 'Oh, you can't write songs.'"

"And she's really good, so they're good songs. So I'm lucky in that sense."

The couple dated for two months back in 2012 and it has been speculated that Harry was the inspiration for four of the songs on Swift's new album 1989, including Out Of The Woods, Style, I Wish You Would and All You Had To Do Was Stay.

The album has since sold 1.2 units in its first week. 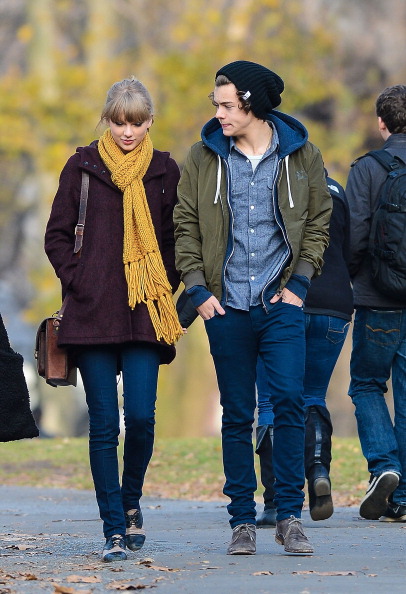 popular
The internet is saying the same thing after Ryan's Toy Show opening
Vicky Phelan says terminally ill people should have right to decide how to die
You can rent out the house from House of Gucci on Airbnb
The best memes from this year's Late Late Toy Show
Strictly's Giovanni Pernice responds to dating rumours following split from Maura Higgins
What is the 'yassify' trend and why is everyone doing it?
Omicron variant symptoms are mild so far, says doctor who discovered it
You may also like
1 week ago
Three months is plenty of time to fall in love, and to have your heart broken
1 week ago
5 things you may have missed from Taylor Swift's All Too Well short film
3 weeks ago
Travis Scott says he is "absolutely devastated" after eight die at AstroWorld Festival
3 weeks ago
Westlife add second Dublin gig following huge demand
1 month ago
Westlife's brand new single is finally here and fans are going wild
1 month ago
Nicki Minaj defends Jesy Nelson amid blackfishing claims
Next Page