R Kelly is a world famous R&B star with a huge number of hits including 'Ignition' and 'I Believe I Can Fly', and who can forget his bizarre video series 'Trapped In The Closet'?

However, the man has a reputation for predatory sexual behaviour towards underage girls that casts a long shadow over any of his musical achievements.

When he was questioned on these allegations during a live interview with The Huffington Post, things got very heated and he ended up storming out after just shy of 15 minutes, stating: 'I did not come here to be interrogated.'

Watching this HuffPostLive and R. Kelly is a sociopath. — Larry Crowned (@damesmith) December 21, 2015

for the R Kelly thing let's all ask whatever but start all questions with "as a child molester," 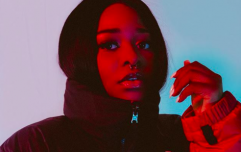 END_OF_DOCUMENT_TOKEN_TO_BE_REPLACED

Reporter Jim Derogatis has written extensively on the subject of Kelly's abusive behaviour.

He told Spin: “I think in the history of rock & roll, rock-music or pop-culture people misbehaving and behaving badly sexually with young women, rare is the amount of evidence compiled against anyone apart from R. Kelly."

popular
Paul Mescal wore O'Neill's shorts while carrying cans of pink gin so I bought O'Neill's shorts and cans of pink gin
Women and girls struggling with access to period products during #Covid-19, research shows
This amazing hanging egg chair is coming into Aldi next week and go, go go (but safely)!
5 reasons why we need more videos of Doireann Garrihy's new puppy immediately
Her Quarantine Quiz Week 9: Iconic Irish music videos
"What a gent": Matt Damon signs Irish artist's drawing in aid of Pieta House
After days of silence, Scott and Sofia finally comment on the break up rumours
You may also like
3 months ago
Margot Robbie on why she wants Poison Ivy in the next Harley Quinn movie
7 months ago
'First time in 7 years' - Una Healy reveals her plans for Christmas in Ireland
9 months ago
'You don't have any money': How two Instagram stars created their own label
9 months ago
Bestselling author Shari Lapena on the eerie inspiration behind her newest thriller Someone We Know
10 months ago
Amy Huberman talks returning to writing and overcoming pressure in the spotlight
11 months ago
The most magical moments of working in a bridal boutique from the women behind Myrtle Ivory
Next Page