"He was the funniest man I’ve ever known."

Snow Patrol frontman Gary Lightbody has paid tribute to his father who passed away shortly before Christmas having lived with dementia for some time. 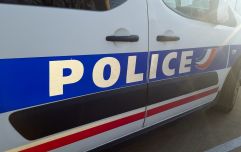 END_OF_DOCUMENT_TOKEN_TO_BE_REPLACED

In a post issued via his Instagram account, Gary Lightbody noted that he deliberately waited until after Christmas to make any kind of formal announcement in a bid to shine a more celebratory light upon his father.

"I just wanted to pay tribute to the man that taught me and gave me so much," Lightbody noted.

"He was the funniest man I’ve ever known. Even in the depths of his dementia he could still be as sharp and hilarious as ever at times. He was also the most social person I ever knew. He could talk to anyone.

"I’m an introvert so I’m shy around strangers but he would walk into a room full of strangers and within 10 minutes know all their names and their stories and be having the craic with them all. It was a gift he never lost.

"We would walk into a restaurant and as we were being shown to our table he’d be talking to everyone at every other table we passed: 'What are you having there, that looks good' and he’d be standing there chatting while we’d already be at our table waiting on him probably rolling our eyes. Ha. What a legend."

Lightbody went on to state that all of his friends who knew Jack loved the man and how he received numerous personal anecdotes about him once the news broke.

"I’m so glad that all of people’s memories of him seem to be of happy times," Lightbody said. 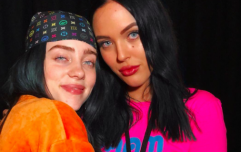 END_OF_DOCUMENT_TOKEN_TO_BE_REPLACED

"My mum Lynne looked after him in his illness for years and her strength in all this has been a mighty thing to behold. She is a titan. Also my mum, my sister Sarah (who is also a titan) and my awesome niece Honey and myself would like to say a massive thank you to the staff at Oakmont Care Home for their wonderful care of him over the last eight months.

"If anyone met my dad at a Snow Patrol gig or feels like they know him through the songs I wrote about him ('Soon', 'I Think Of Home', 'Lifening') then, if you like, please raise a glass to him the next time you have a wee drink and say, "Cheers Big Jack”. He would‘ve liked that.

"I don’t know what life looks like without him, I can’t even comprehend it, but he’ll be in my heart and all my family’s hearts for the rest of our lives.

Girls With Goals || Her · Ep.153: Scholarship Squad - We chat to Facebook's Claire O'Hara about our Smurfit Scholarship fund.
popular
Where are they now? The men of Sex & The City
Someone has ranked the penis size of men from all over the world
Here's what happens on every day of your menstrual cycle (roughly)
Award winning Irish film about conversion therapy debuting this weekend
Dad designs bikini line for transgender teens
5 discreet vibrators that will look right at home in your make up bag
Met Éireann issue snow warning as we are due another big freeze
You may also like
1 day ago
The Only Way Is Essex star Mick Norcross dies, aged 57
5 days ago
Dog badly scarred in fire becomes therapy dog for burn victims
5 days ago
Child hospitalised with head-lice as neglect goes unnoticed in lockdown, says report
1 week ago
Armie Hammer drops out of Jennifer Lopez film amid social media controversy
1 week ago
US executes first woman on federal death row in nearly 70 years
2 weeks ago
Virtual protests following death of George Nkencho to begin today
Next Page